Manchester City players have won two consecutive games in the EPL. The players did a very nice exiting ceremony for their former captain Fernandinho after long-serving Manchester City as midfielder. Fernandinho left the club at the end of the 2021-22 season, nine years after joining the club from Ukrainian side Shakhtar Donetsk. After his departure, the players elect a new captain. From report, Ilkay Gundogan has become Manchester City's new club captain. 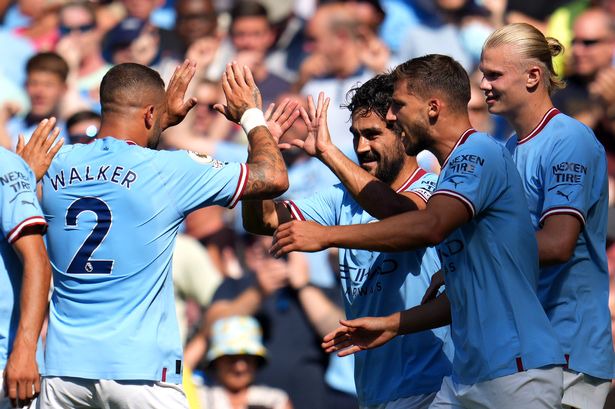 The player has been one of the players who has played long under Pep Guardiola's first-team squad. Gundugan has make a great impact to the team for the past years and he was the assistant captain for Fernandinho. Gundogan is known to have taken up the captain's armband on numerous times in the absence of Fernandinho in previous football matches, and seemed like the natural successor to his former teammate this season.

From the outcome of the elections, the best EPL midfielder Kelvin De Bruyne has been promoted to be the assistant captain of Gundugan. The players were happy about the election of their main and vice captains.