Accra Hearts of Oak is a team based in the capital city of Ghana and plays their home matches at the Accra Sports Stadium.

This is how the team came about through transition upon several changes.

The team which is nicknamed Phobia is for the supporters base but unlike their arch rivals Kotoko, the team is controlled by the King of Ashanti.

The supporters have always been with the club since their inception in the league. It is a team that works on dividends and control by their own affairs from some stakeholders.

Even the penny of the supporters are welcome to put up a better standard for the team. It is the supporters that always stand on their grind to change situations around.

Not forgotten, just last season, it was the supporters Chairman Hesse Herman Elvis who led the team to send their grievances to the board members at the secretariat. The disagreement was mutual but took a different dimension which was harsh in a demonstration style.

This created division among the board and the management. The fans were asking for the sack of the personal person to Togbe Afede XIV, because of his unproductive years with the club.

Other board members and management have come and go but can not rely on them and they face their sack. But Alhaji Akanbi who have been the secret man for Togbe is always around but there have not been any change in the team.

The supporters saw the deteriorating part of Accra Hearts of Oak which never helped the club in it’s progressive nature.

The opinion of the supporters gave the club the trophies. They ask for a Ghanaian coach to come and control the team.

But the objection came from Togbe Afede XIV to put a test to the supporters and went in for Coach Samuel Boadu and his technical team entirely.

This was a blessing for Hearts of Oak for the supporters to get the idea that, they need this coach who have been consistent on the local terrain for a long time. He won the Phobians a major trophies that has eluded the club for a good number of time.

However, the team started very poor this without a win and it leads the club all this while.

Finally, lot’s of people started bashing the coach including their own supporters but they stood behind the coach.

After their lose to AshantiGold at Obuasi, the coach looks frustrated but got the supporters carrying the coach as a sign to show that, they are strongly behind the team.

The supporters are been recommended because of the kind of attitude and love they showed to the coaches behind the team. It boosted their morale to see success in the next matches. 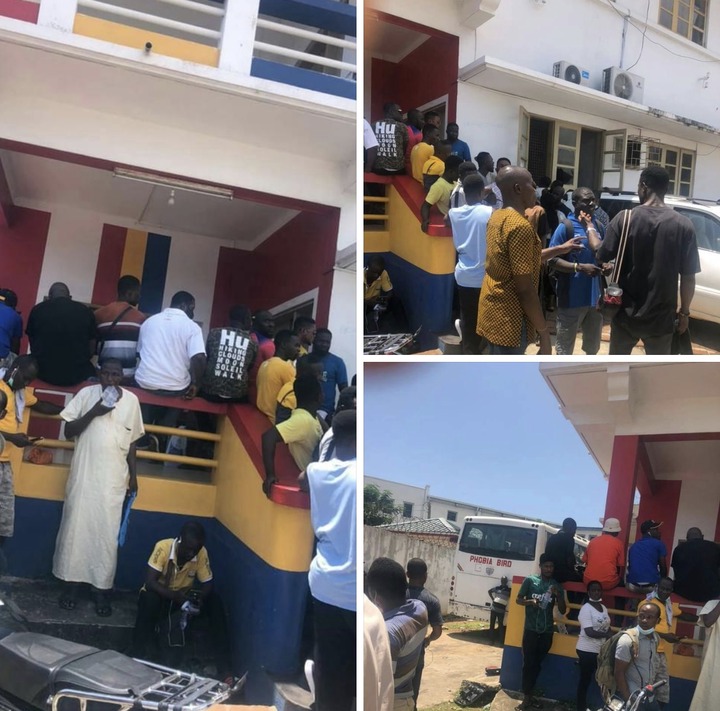