The action continued in the UEFA Champions League (UCL) today with the remaining matches of the final Matchday being played among the 16 remaining teams. Some games most football fans looked up to was the game between Bayern Munich and Barcelona and the game between SL Benfica and Dynamo Kyiv.

One of the toughest groups was also Group G where the points of the teams were pretty close. As such the results from the last set of games was very crucial. Lille managed to win their game against Wolfsburg to move to the top of the table while Salzburg also did same their game against Sevilla to claim the 2nd position in the group. The victories for both Lille and Salzburg kicked out Sevilla out of this year’s competition.

Check below for the results from today’s games: 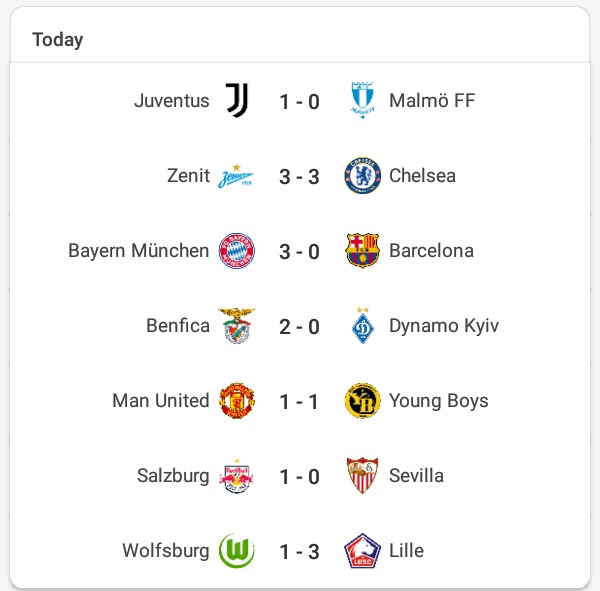 Check below for the standings in all the Groups (A to H):

Groups A and B 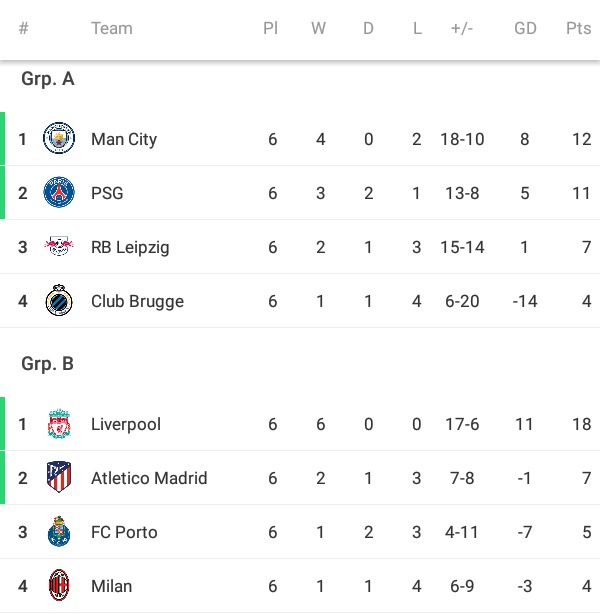 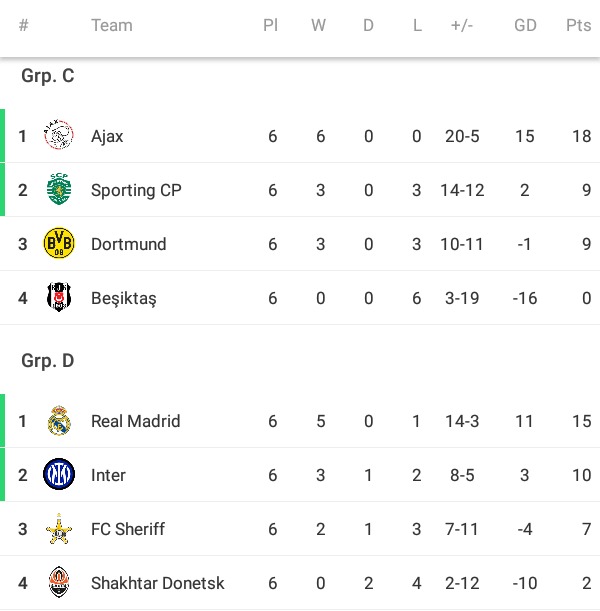 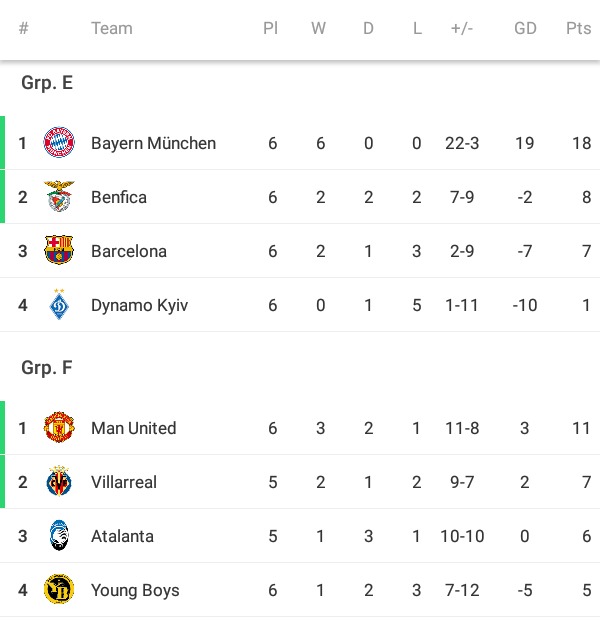 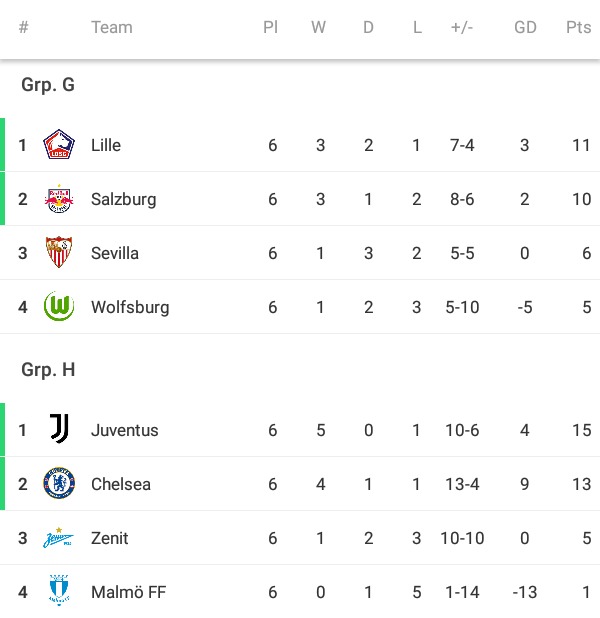