We must improve before the Final - Pep Guadiola

By JonaKB (self meida writer) | 1 months 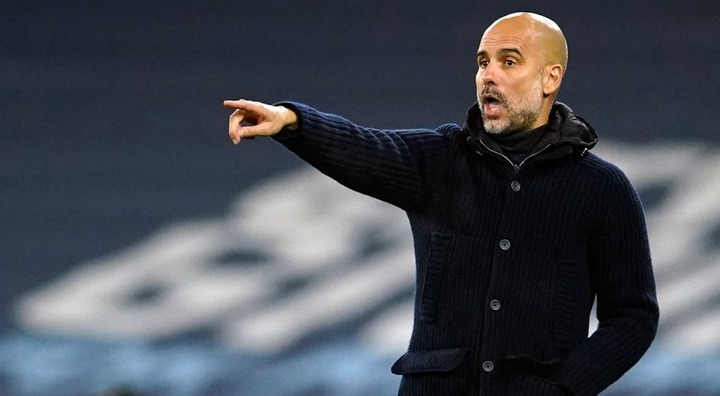 The Manchester city manager says his side must improve before the champions League final his 10-men side lost to Brighton and Hove Albion.

The League champions City, who will face Chelsea on 29 May in the champions League final, threw a 2-0 lead away giving Brighton a chance to come back. The match was played in front of 7,495 fans.

On the second- minute, City's midfielder, IIkay Gundogan scored an opener but City went down to 10 after the 9th minutes. Joao Cancelo brought down Danny Welbeck, who was on goal side of the defender.

Phil Foden's superb solo effort put the visitors 2-0 up - but Leandro Trossard gave Brighton hope with a cool close-range finish, and the home side then put intense pressure on the champions' goal.

"Eleven against 11 against Brighton is tough, 11 against 10 is difficult so we have to improve for the final," said Guardiola.

"Unfortunately after 0-2, we conceded a goal so quick and after they push a lot, we were more tired and could not keep the ball as much as possible - we could not do it and unfortunately we lost the game.

"I am concerned because this is the final of the Champions League, because the opponent is so tough."

"We are going to check tomorrow,"

"The doctor is quite optimistic. The problem is a kick and he was running in the second half with disruption and I didn't want to take a risk." 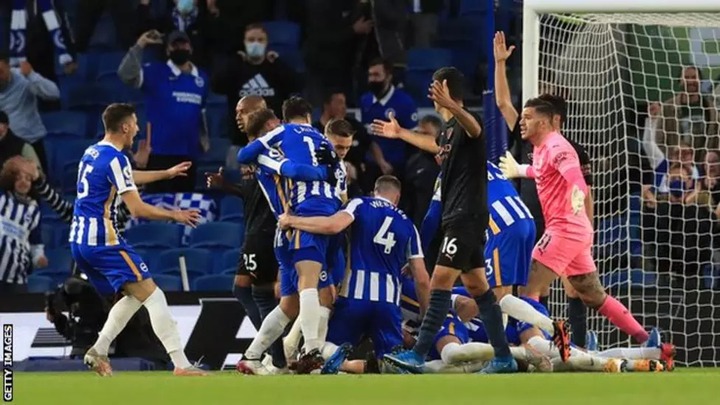 The crowd played a very crucial role in their game against city. The cheer at full-time was more representative of a full house than just under 7,500 - and spoke of a unified approval of a job well done and a joy at what live football can provide.

"It was an emotional feeling in the stadium and I thought the players gave a top performance which the crowd appreciated." Potter said. "The supporters were fantastic and it was a great game.

"Obviously we benefited when they went down to 10 men so early, but we still had to play well and with the personality that we did.

"We have improved and we have a young team that can get better and better.

"I am really pleased for the players. They have had a tough year, they have stuck at it and it's nice to enjoy a fantastic victory with our supporters and get to 41 points."

Man City suffer for early red due to tiredness,

Even tho Guardiola's team lost the match, but we could clearly see that the teams focus is more on the champions League final than the league. In Just 2 games, they've conceded 6 goal, and this clearly shows how their concentration level has shifted.

Special mention must be made of Foden's goal - a powerful, driving run followed by a superb finish into the far corner, which served only to underline once more how big a player he could be for England this summer.

They have a last match to play against Everton at Etihad stadium then after that, the attention switches to Porto's Estadio do Dragao for the final.