The football action in the English Premier League (EPL) continued this weekend with lots of exciting fixtures. Teams in the league are playing their 5th league match of the season this weekend.

The table has seen some changes after today's games. Liverpool has moved to the 1st position after its 3:0 emphatic win over Crystal Palace at Anfield today. Manchester City however failed to obtain the three maximum points when it played against Southampton. Many football fans were not expecting that to happen but the Manchester club could only get a point from the game.

Arsenal after picking its first 3-maximum points in the league this season went ahead to pick its second in today's game. The club has now moved to the 13th position. Newly promoted side, Brentford are proving to be a force to reckon with this season as the side put 2 goals past Wolves.

Manchester United and Chelsea moved some levels down on the league table but the two teams still have a game to play on Sunday. The table is susceptible to change after tomorrow's games.

Check below for the results of today's games: 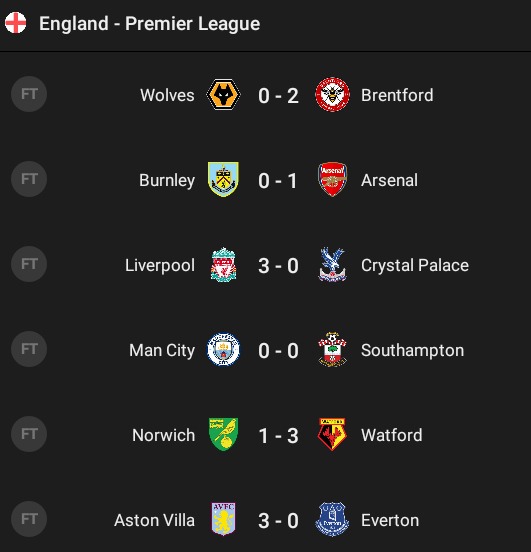 Check below for league table after today's games: 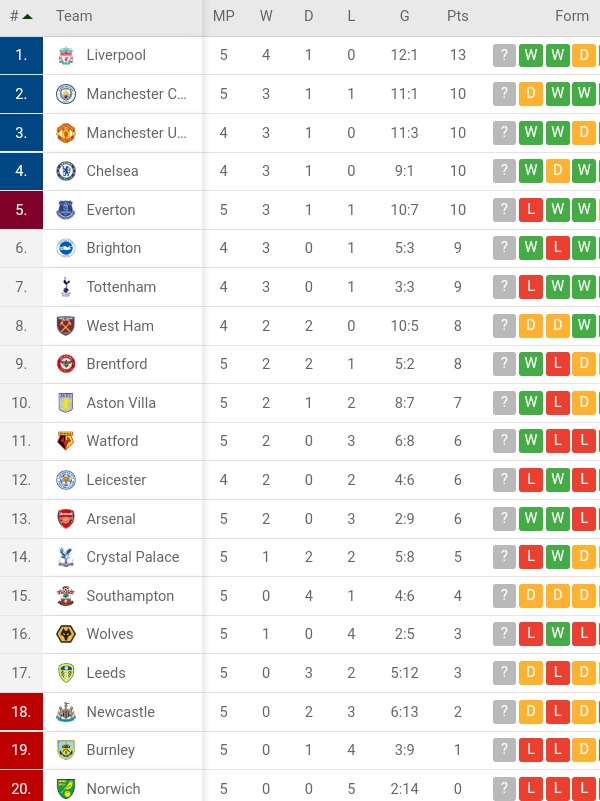 Would the table see any massive changes after tomorrow's games? Would it be the same? Share your views below in the comment section.

Shatta Wale to handover himself to the Police

Everybody Is Ready To Celebrate Your Downfall, I Feel Sad About What Is Going On In Ghana- Watabombshell