Let's Be Honest: Kotoko Is A Better Team Than Hearts Of Oak - Here's All The Facts & Figures

By NKBuabeng (self meida writer) | 15 days

Let's Be Honest: Kotoko Is A Better Team Than Hearts Of Oak - Here's All The Facts & Figures

The rivalry between these two powerful football giants is one of the most intense on the African continent. Lives have been lost over this rivalry.

However, my little research has proven that Kotoko, the porcupine warriors appears to have a slight advantage over the Rainbow lads.

Don't get upset, I'm not making this up. The records and historical data supports the fact that Asante Kotoko is more of a successful football club than Accra Hearts Of Oak.

Notwithstanding, Hearts Of Oak possess some very rich achievements under their rainbow stripes.

Enough of the long talk. Let's get into the facts;

Kumasi Asante Kotoko was crowned the African Football Club Of The 20th Century by the statistical analysis division of FIFA whereas Accra Hearts Of Oak was listed as the 8th most powerful club in the world by the same division in the year 2000.

Asante Kotoko has won 3 Ghanaian Super Cups and Accra Hearts Of Oak has won it twice.

The Porcupine Warriors hold the record as the team with the most trophies in Ghana. They have 58 trophies so far, whereas the Phobians have 43 trophies in their cabinet.

However, the Phobians possess laurels like the CAF Confe xxderations Cup and CAF Super Cup which has eluded the Porcupine Warriors.

That's all for now!! 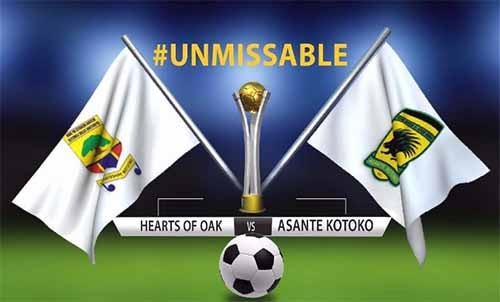