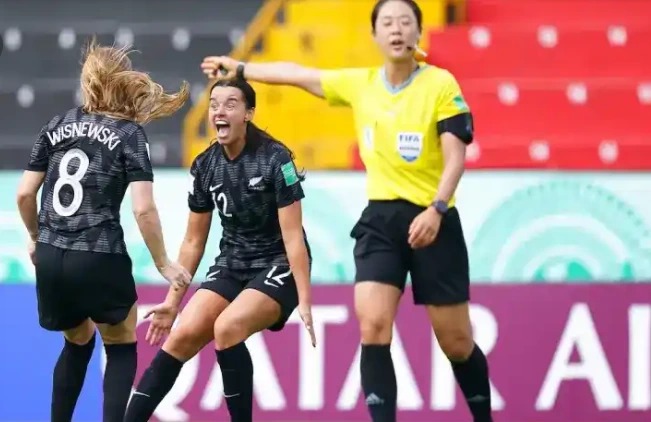 The FIFA Women's U-20 World Cup Tournament, which will be held in Costa Rica in 2022, got off to a strong start for certain teams, while other teams are only still in the tournament because of draws.

One of the most popular options The Germany Women team entered this tournament full of confidence after having won the title in 2004, 2010, and 2014; nevertheless, they were unable to defeat the Colombia Women team. In spite of the fact that Linda Calcedo was undeniably a Thorne in the flesh of the Germans, the steady Germans were able to keep a clean sheet throughout the period. In the second half, Germany Women played better, but Colombia Women's Goalie Giraldo was outstanding. Mariana Munoz scored the game-winning goal with only three minutes left in regular time to give Colombia all three points and give them their first victory of the tournament. Natalia made a number of outstanding saves to prevent the Germans from gaining an advantage in the match.

After a close match that resulted in a split point for each team, the other match in Group B saw the New Zealand Women hold the Mexicans to a draw with a score of 1 all. After 31 minutes of play, New Zealand Women took the lead after Grace Wisnewski's effort was severely deflected by Cazares. This gave New Zealand Women the lead. However, Mexico Women never completed the half without a response, as they equalized it on the stroke of halftime with an attempt by Annette Vazquez to bring the score 1-1 going into the break.

Despite the fact that Mexico Women fired twenty shots towards New Zealand's goal, Mexico Women were unable to score more goals because New Zealand Goalie Murphy Scheff was the woman to beat. The score of the second game in Group B was 1-1, and both teams earned a point for their efforts.

Following their astonishing triumph against the Germany Women, Colombia are now in first place in Group B's Table by a margin of three points, while Mexico and New Zealand had to settle for one point apiece.

While the Germany Women's team will have the opportunity to make amends for their dishonorable performance in their next match against New Zealand, the Colombia Women's team will look to capitalize on their first victory by securing the second win necessary for outright qualification to the next round.

In this Tournament, which of these Teams do you anticipate will advance to the next round? Please follow us and share your comments if you want to learn more about the world cup. 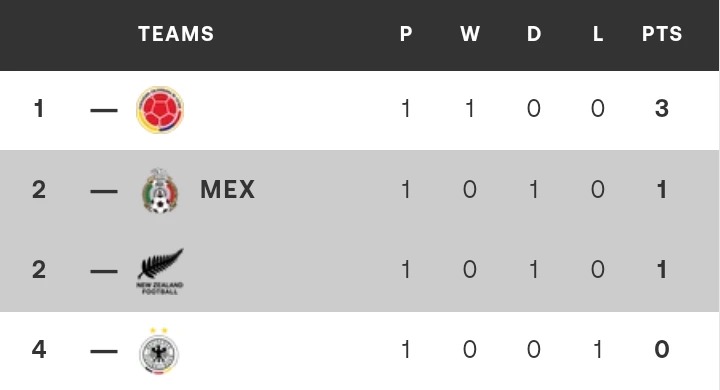