By JNTurkson (self meida writer) | 18 days

Thanks for clicking the article. Like and share the article on various platforms for it to reach many. Hit the Follow button to receive more articles and news. 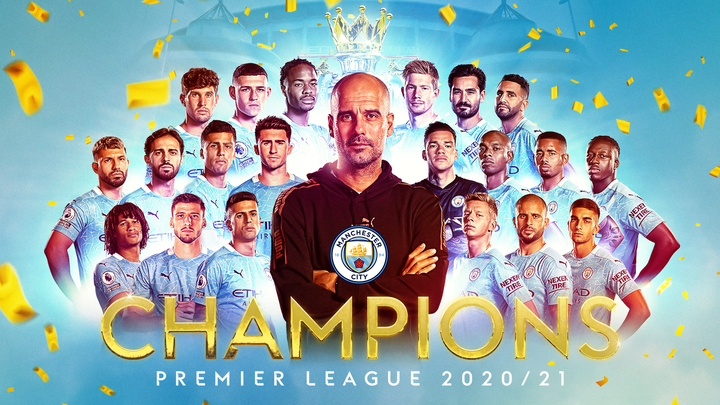 The 2020/2021 English Premier League ended with Manchester City being crowned champions. This is the club's fifth (5th) Premier League title and it's second in three seasons.

Players always make it their primary aim to start for their teams in as many matches as possible in order to contribute their quota towards the success of the team. In view of this, many players who are thus underperforming are sent on loans to another team or sold by the club.. A lot of examples can be excited.

Many players put in their maximum best to win a trophy to their names but others get trophies with little input or effort. This is the case Benjamin Mendy finds himself in. The player has featured in just a few games but has managed to add to his cabinet various honors. This is because when the team wins, he also wins even though he did not play most of the games. Someone would say, "Yes, he also has to get a medal whenever the team wins a trophy". This I do not have any problem with because it is not about individual play but teamwork.

Benjamin Mendy has won 8 trophies even though he featured in just 83 games for the club and country since joining his current team in 2017. This is amazing, isn't it? That means he averages a trophy in every 10 games. Wow! Do you know that he was part of the France World Cup winning team in 2018? 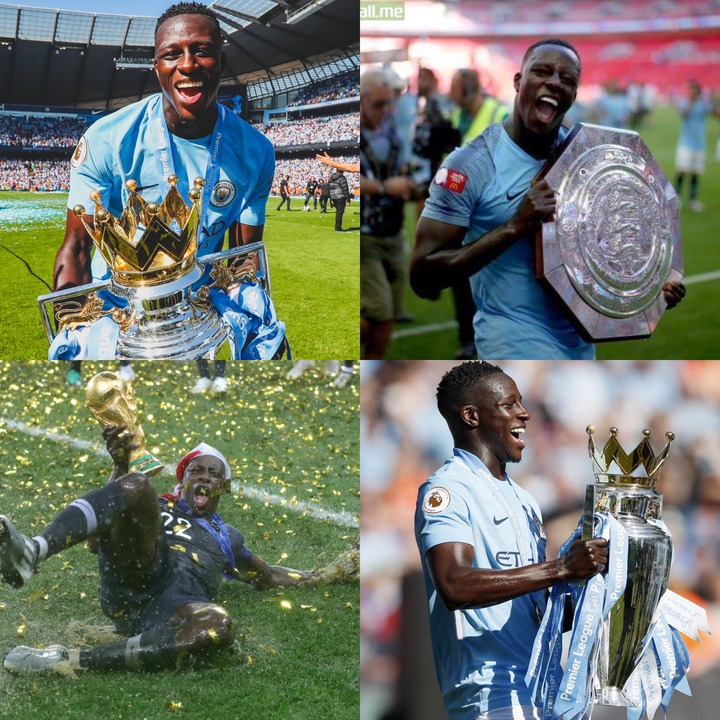 This is a statistic envied by many but has it's holder to be Benjamin Mendy. The trophies he has to his name since joining Manchester City in 2017 includes:

In total, he has played 73 games for his club, netting twice and providing an assist. He has also featured for the French national team 10 times in that period. Mendy joined Manchester City in July 2017 and his contract expires on June 30, 2023. Many attribute the missing of games by the defender to injuries he has been experiencing since he signed for the club. He has missed over 100 games for his club side since 2017 due to injuries.

Below is the injury history of the player 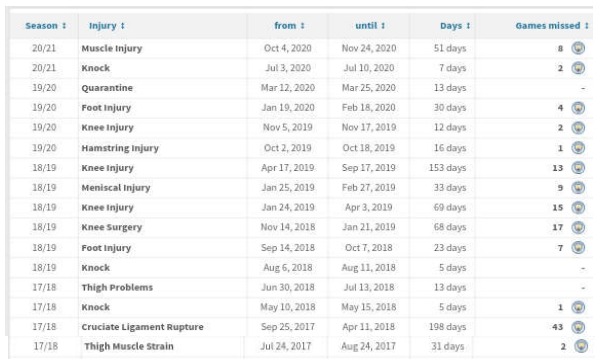 Mendy would be looking forward to make it nine (9) trophies in either 83 or 84 games when Manchester City plays against Chelsea on Saturday, May 29, 2021 in the UEFA Champions League final.

Though it is an established fact that Manchester City and the French national team has a lot of topnotch players, one can get the chance if he proves himself. I believe when Benjamin Mendy proves himself with the little playing time that he gets to be on the field, he will get the playing time he deserves.

Thanks for reading the article. Kindly leave your comments below.