Never Again Should RTU Be Relegated, Yaa Naa Declares as He Receives Division One League Trophy 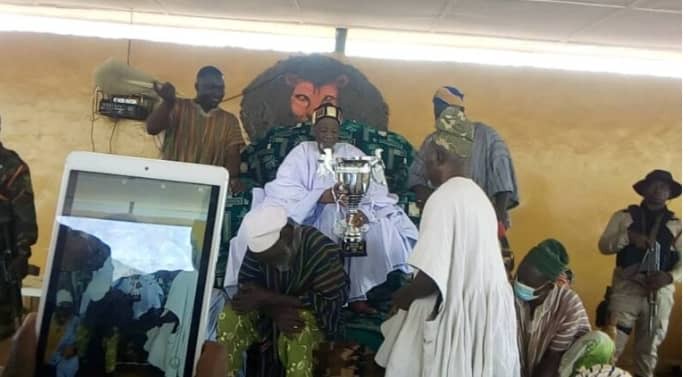 Players and Management of Division One Champions, Real Tamale United, were at the Gbewaa Palace yesterday to pay a courtesy call on the King of Dagbang, Yaa Naa Mahama Abukari II, and to present to him, the Division one League trophy, which the team won en route to sealing promotion to the Ghana Premier League. The team have not played in the league since 2013 and their promotion this season was owed to the tremendous support received from the King and his subjects and the visit was to express gratitude and to ask for the King's blessings as the team prepares ahead of the opening of Ghana's top tier football competition. 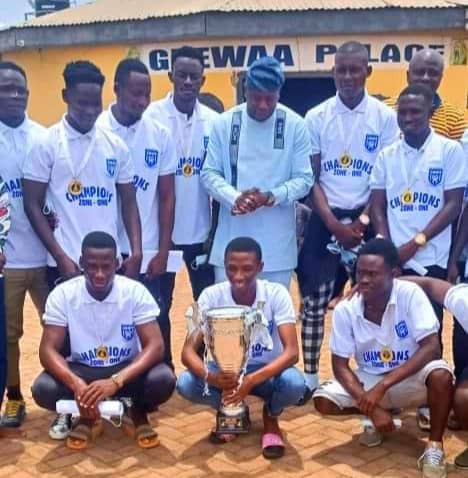 In a speech read on his behalf, Yaa Naa Abukari II, commended the team for their stellar performance which helped them seal promotion to the premiership after nearly a decade of near misses. He said their victory in the just ended division one league has not only made Dagbang and the entire Northern region proud but has also helped to recapture the trust and love of supporters for the team. The Overlord said the return of RTU, appropriately labelled as the pride of the North, to the nation's top tier league was of economic essence as it will boost sales of various products and services during match days. Yaa Naa used the occasion to rally support of all and sundry for the team, saying after years of absence, it was time the people of Dagbang offer unflinching support to ensure RTU's continuous stay in the Premier League. 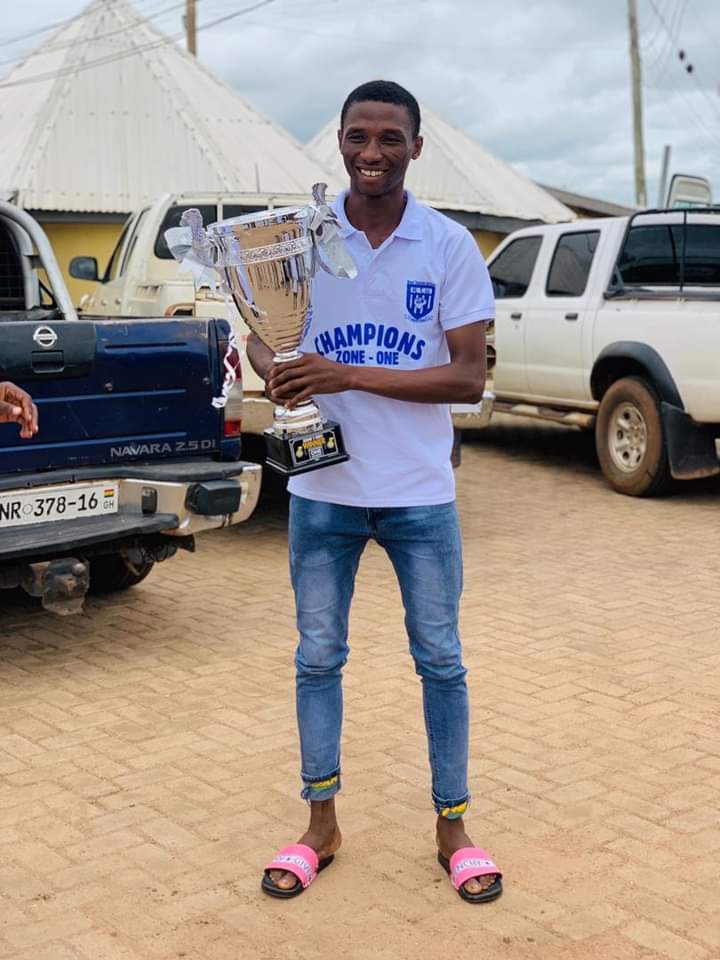 "The return of R.T.U to the GPL is now an opportunity for northerners to get jobs through the sale of products on match days, a source of entertainment for the teaming football fans. Source of peace building among the people of the north, just to mention a few. Dagbon which was quite during Ghana’s Premier League during our long period of relegation will now be full of activities when the league begins. We therefore say never again shall R T.U go on relegation. I wish to use this opportunity to call on all northerners, Chiefs, Politicians, investors, Philanthropist etc to support R.T.U to continue to stay in the GPL and deliver the results that we shall all be proud of," Naa Abukari II noted.

The King donated a ram, foodstuff and undisclosed cash amount to enable the team's preparation ahead of the opening of the 2021/2022 football season

Put A Big Smile On Your Face With These Recent Funny Pictures.

We need to enforce the law on him: Paul Adom Otchere boldly speaks about IGP and Gov’t officials

They Look Very Scary; Are They Police Officers Or Masquerades?