Manchester United lost their second game of the week against Aston Villa today at Old Trafford, and predictably it has fueled calls for the sack of the manager at the helm, Ole Gunnar Solskjaer. However the defeat was clearly avoidable considering the chances and sitters Manchester United had during the game but failed to dispatch. One of the missed chances was an injury time penalty Manchester United were awarded, which at that moment seemed like the Red devils going to pull parity, only for Bruno Fernandes to step up and sky the ball wide into the spectators. 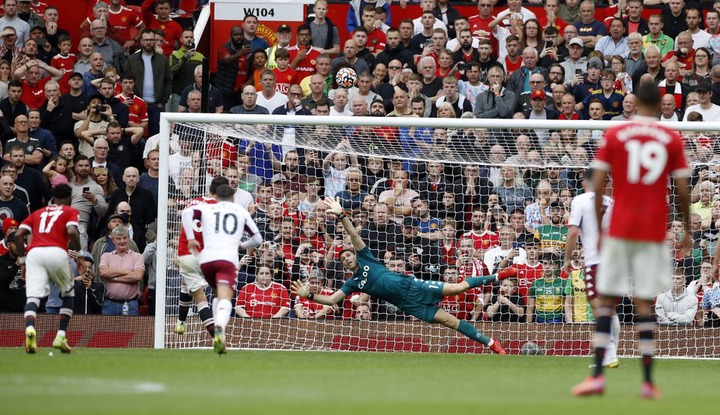 The Portuguese playmaker is known to be an accurate penalty taker and has an incredible penalty kick success rate of 91.3%, higher than that of Cristiano Ronaldo (81.4%), making him the perfect man to take any spot kick. On this background, many felt he was unlikely to miss considering how crucial the penalty was, but it turned out to be the opposite. Nonetheless some fans of Manchester United find the penalty dubious and have opined that, Bruno Fernandes deliberately missed the penalty to fuel the calls for the sack of Ole Gunnar Solskjaer. 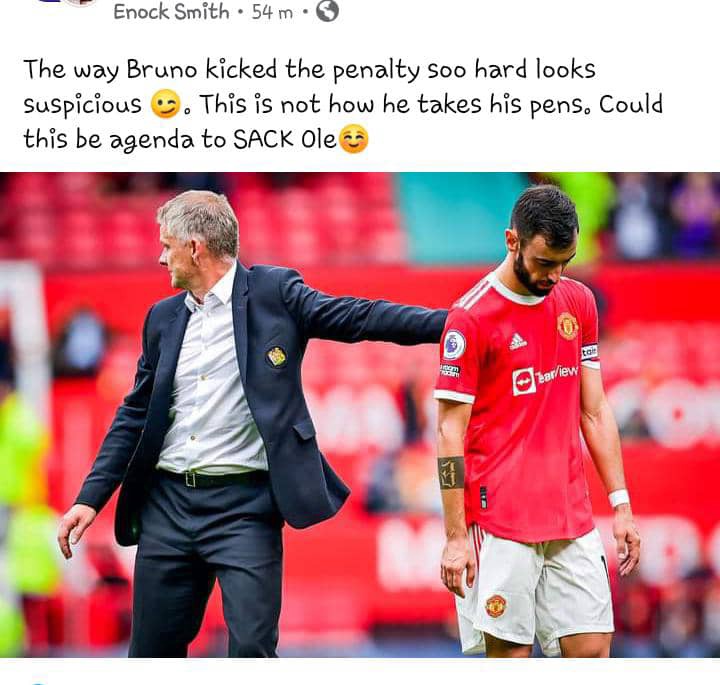 Bruno penalty miss left the scoreline 0-1 in favour of the Villans, thus Manchester United third loss of the season after eight games and the supporters of the Red devils seem to have lost hope in the Norwegian manager already, following the poor run of form. Their fans believe the quality in the team is not reflecting their performances and the only remedy is replacing Ole with a competent manager.

Meanwhile they currently lie 4th on the premier league table with 13 points, joint with Manchester City and Chelsea and any possibility of Ole getting sacked would depend on the outcome of their subsequent matches. They face Villarrael, Everton, Leicester City, Atalanta and Liverpool in their next five games and if the Red devils continue to struggle, he might get fired.