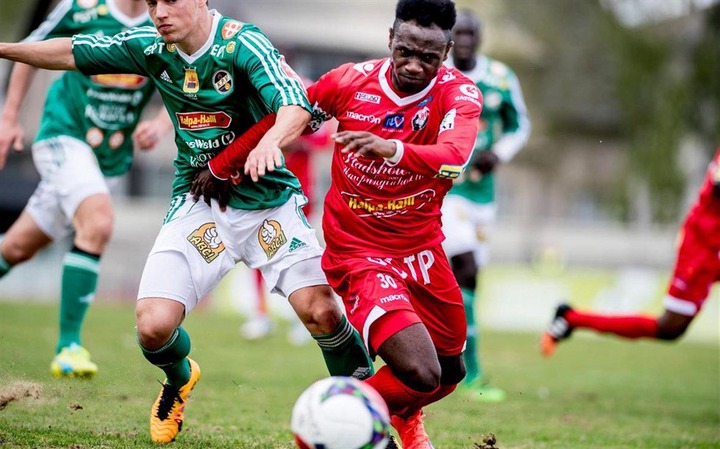 Ghana winger, Seth Paintsil has disclosed that he has several offers from four European countries.

The now free agent did not mention names of the clubs he has attracted interest from but stated to Adamu Muftawu that, clubs from Austria, Belgium, France and Israel as where he has courted interest.

“We have many contacts from many teams in Europe.

“So we are just hoping for a better deal.

“We have had contact from Austria, Belgium, Israel and France.” Seth Paintsil told Adamu Muftawu.

The 25-year-old had a bad outing last season after he was overlooked for several matches by his former club side, SV Ried.

Paintsil who once played for Ghana club, BA United, made just 11 appearances scoring a goal plus two assists.

Seth PAINTSIL started his career from the defunct Red Bull Soccer Academy before he was snapped up by BA United.

He previously played for Finnish side, FC Jaro and Austrian clubs, Admira Wacker and SV Ried where he last played.