Romeo Lavia, a youth player for Manchester City, has reportedly finalised a move to Southampton in a deal worth about £12 million, according to a report by Fabrizio Romano. 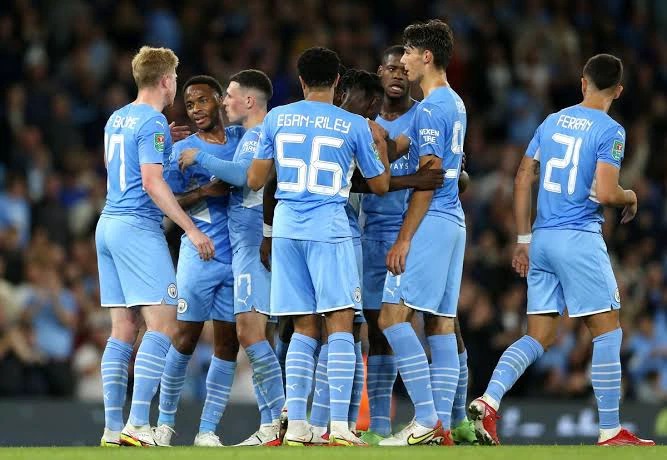 The spectacular midfielder is regarded as one of Manchester City's academy's brightest players. Romeo Lavia's effort rate is outstanding, despite the fact that he isn't the most productive player.

The young Belgian player had 20 appearances in the Academy last season, scoring just two goals and dishing out one assist. Romeo Lavia also regained more grounds last season than any other player in the division.

According to reports, Manchester City chose to include a £40 million buy-back clause in his permanent contract with Southampton. There is every indication that if Lavia performs well during his time at Southampton, the Premier League champions would be willing to use the option.

Barcelona Unveils One Of Their Free Signings 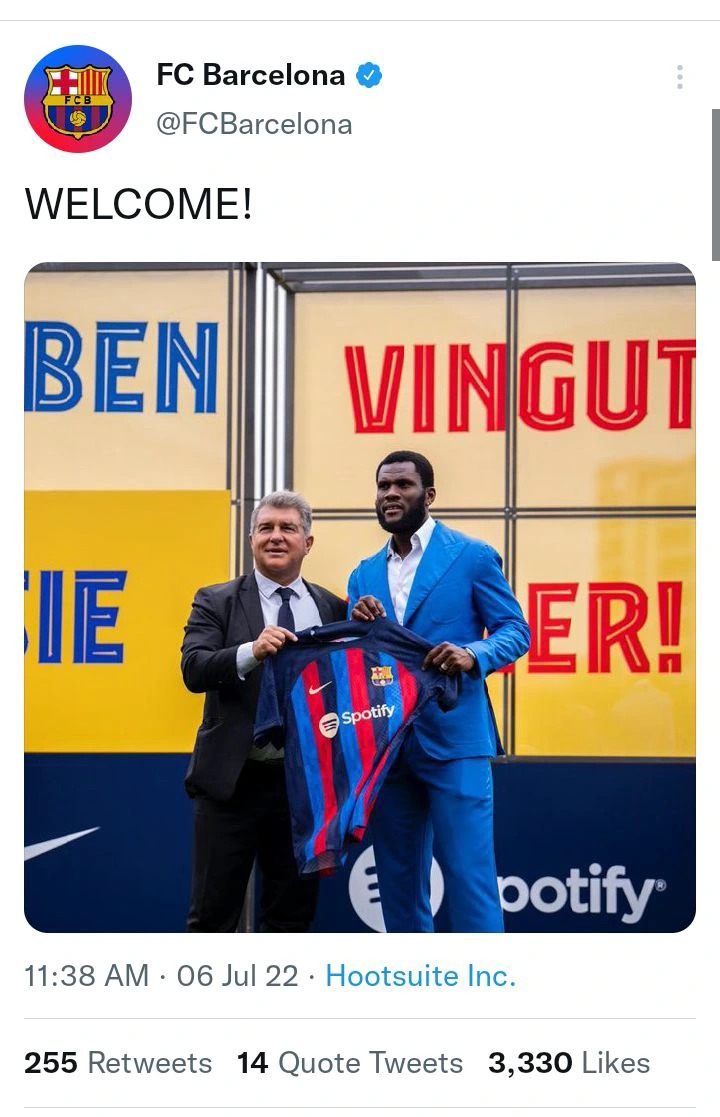 Franck Kessie, a gifted midfielder who recently signed with Barcelona from Italian Champions AC Milan, has made his debut.

Despite receiving a generous offer from AC Milan, the Ivorian midfielders declined to sign a new term with the Italian team.

Franck Kessie will undoubtedly be a fantastic addition to Xavi's squad. The talented midfielder contributed to AC Milan winning the Scudetto last season by scoring six league goals in 31 appearances. This season, kessie's exceptional eye for goal could be crucial for Barcelona.