Yesterday was a very good day for football fans all over the world but was a great day for Lionel Messi's fans. The Ballon d'or went on yesterday evening and interestingly the Argentine's captain, Lionel Messi won the Ballon d'or for the 7th time. Most people are of the opinion that Messi didn't deserve it and Robert Lewandowski should have won the Ballon d'or. Even though Robert Lewandowski also won an award last night at this same event. He won the Striker of the year award, he looked happy and even thanked the organisers of the award to have given him this new award.

So many football fans have different opinions about the new award that was given to the Bayern Munich striker. Some made it known that, this new award was included or invented because they had already given the Ballon d'or to Lionel Messi, others also think that Robert Lewandowski deserves the Ballon d'or but in a way to compensate the Polish forward they handed over that newly created award to him. One of the comments that has gone viral on social media in Ghana at the moment is when a fan of Juliet Bawuah a sports journalist revealed that, the award that was given to Lewandowski was a "Dr UN Award." 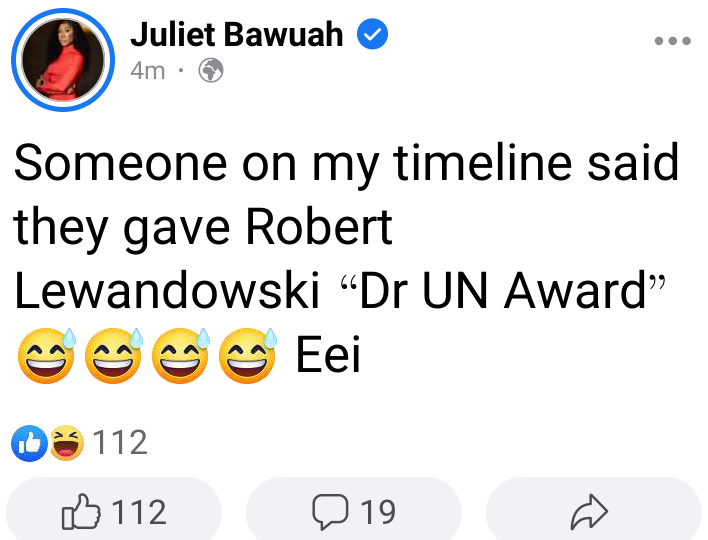 Dr UN is a name that has been given to a man called Kwame Fordjour. This man deliberately scammed some public figures in Ghana with some fake awards. He said the awards were from the UN and they give it to personalities with great achievements but later it was revealed that he was a scam. 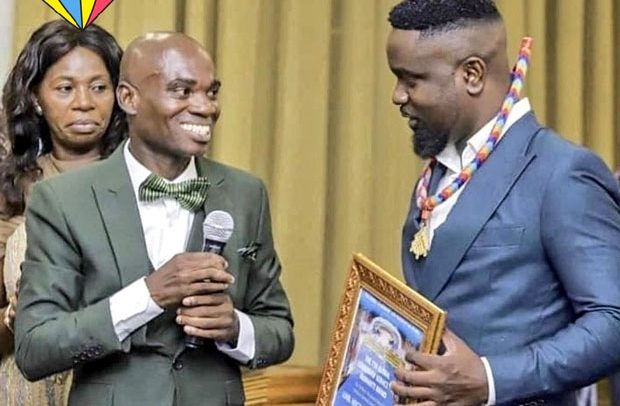 So this fan who sent a message on Juliet Bawuah's timeline might have a reason for jovially making such a claim.

What do you also think about last night's Ballon d'or Awards?