Morocco advances to the last 16 of the African Cup of Nations; Ghana is in jeopardy.

By OBAMA_NEWS (self media writer) | 4 months ago

Morocco was too strong for Comoros in their Africa Cup of Nations debut, defeating 2-0 in Yaoundé to advance to the final 16. Morocco took the lead after 16 minutes at the Ahmadou Ahidjo Stadium when Selim Amallah scored from close range, and the Atlas Lions squandered several chances to take control of the game.

Their captain, Romain Sass, hit the crossbar with a header before Ayoub El Kaabi squandered two good chances after the half. On his return from injury, Morocco forward Youssef En-Nesyri came off the bench, but Salim Ben Boina saved his late penalty. The Comoros goalkeeper, who plays in the French provincial divisions, put in an amazing performance but was unable to stop Zakaria Aboukhlal's stoppage-time goal, which was first disallowed for offside.

Vahid Halilhodzic's team has six points after two games, and if they avoid defeat against Gabon in their next encounter, they will win Group C. After a 1-1 tie with Ghana, the Panthers are in second place in the group, with their opponents facing an early elimination. After 18 minutes, Ghana took the lead thanks to their captain, André Ayew, who hammered home a magnificent left-footed drive. 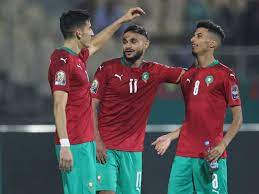 and Allevinah's magnificent finish was also a source of contention. 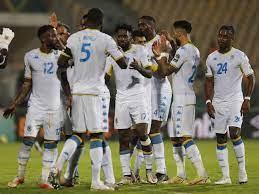 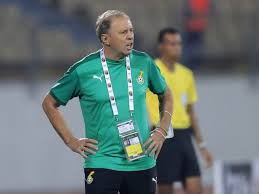 The Black Stars appeared to be on their way to victory until Gabon replacement Jim Allevinah equalized with two minutes remaining, leaving Ghana with a win over Comoros to exit the group. Ghana was enraged because Gabon neglected to return the ball after it had been put out due to an injury,

Statistics about this Ghanaian striker.

These players will join the black stars of Ghana team in the upcoming tournaments.

All these Players are ready to play for the Black stars in the upcoming Afcon in June.

COP Tiwaa Addo-Danquah, the head of the EOCO, has joined Commonwealth anti-corruption institutions.

Barker-Vormawor. I do not want military rule in Ghana.

The black stars of Ghana introduce new players who will also be playing at the world cup in Qatar.