By MCsportslive (self media writer) | 7 months ago 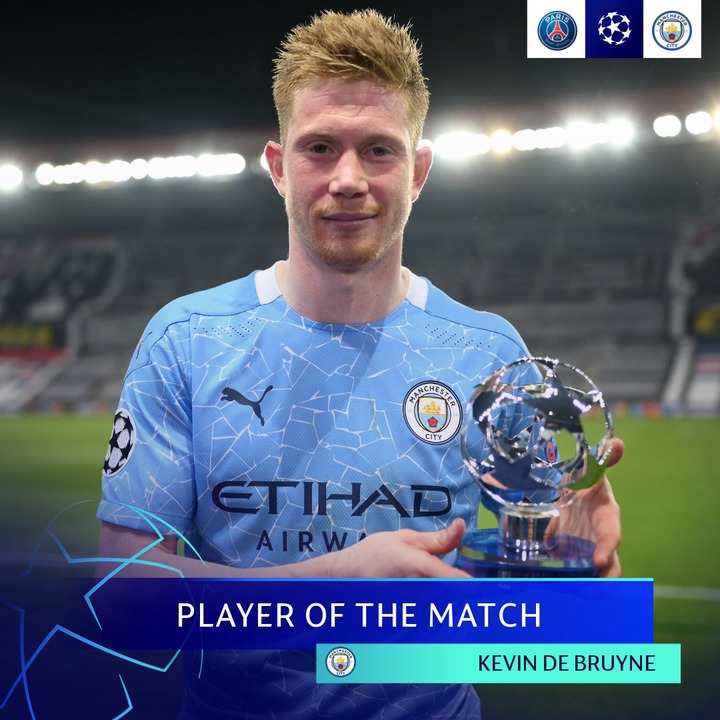 Marquinhos opener for PSG was cancelled out after De Bruyne equaliser in the 64th minutes of the game.

Riyad Mahrez's free-kick increased the advantage for the visitors as host were reduced to 10 men when Idrissa Gueye was dismissed for a late tackle on De Bruyne.

This is Paris eighth home defeat of the season after letting this game slip from their grasp, whiles De Bruyne's goal is his third in three games against Paris.

"It was a game of two halves. We started well in the first ten minutes and had some control, but they’re an unbelievable team. After 25 minutes we changed our press and improved. The second half was much, much better." Kevin de Bruyne said after the game.

Captain of the home side Marquinhos said they have everything they need to turn the situation around;

"If we don't believe, then there's no point making the trip. We'll need a warrior mentality to go through. We're really close. We mustn't have any doubts now and we have to improve our weak points. We have everything we need to turn the situation around."

Marquinhos has scored 5 goals in his last 12 Champions League game.

Kevin De Bruyne was adjourned Player of the Match after a striking display in a second half comeback.