Real Madrid Midfield Trident Shaping Up to be the Best in History.

By Courageous92 (self media writer) | 4 months ago 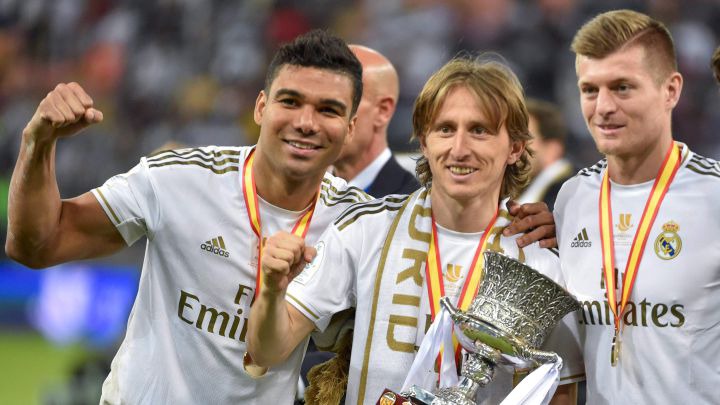 We have seen midfield trios in the past. We have equally seen some fantastic midfielders to ever grace the field. But this particular Madrid midfield is exceptional. Florentino Perez took his time to build this midfield to dominate. They have been at the center of the successes chalked by Madrid in recent times. Toni Kroos is indispensable. He has been the anchorman of that midfield. Modric is proving that age is just a number. He is getting better with age. Casemiro is the youngest. He is the base of the midfield. He is also the protective shield of the defence. He is a defensive juggernaut. 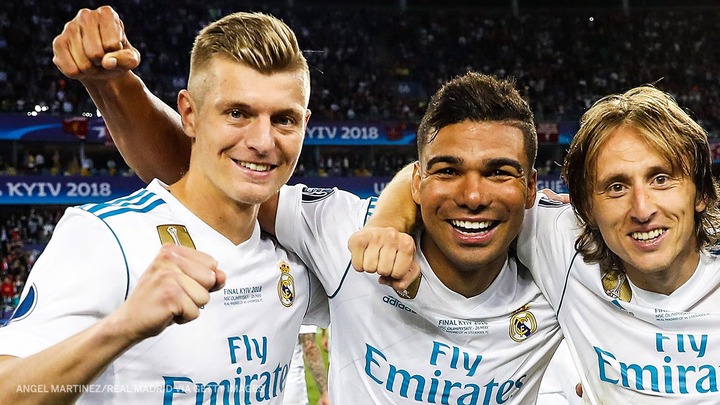 When Madrid lost their defensive duo of Ramos and Varane, people predicted doom for them. But Militao have stepped up. Then came David Alaba on a free transfer. They have not looked back since. No one even remembers Varane or Ramos again.

This Madrid midfield has grown together. They have played through their peak. But the interesting thing is that the three of them costs less than 90 million euros. They acquired Toni Kroos from Bayern Munich for 25 million euros. It has proven to be a transfer masterstroke over the years. Modric joined Madrid from Tottenham Hotspurs for a £30 million transfer fee. Casemiro initially joined Madrid on loan and was assigned to the Madrid B team coached by Zidane. When he took on the senior job on a permanent basis, he promoted Casemiro to the first team and he has never disappointed. The move was later made permanent for a fee of €6 million. He was loaned to FC Porto but was later brought back to the Santiago Bernabeu. 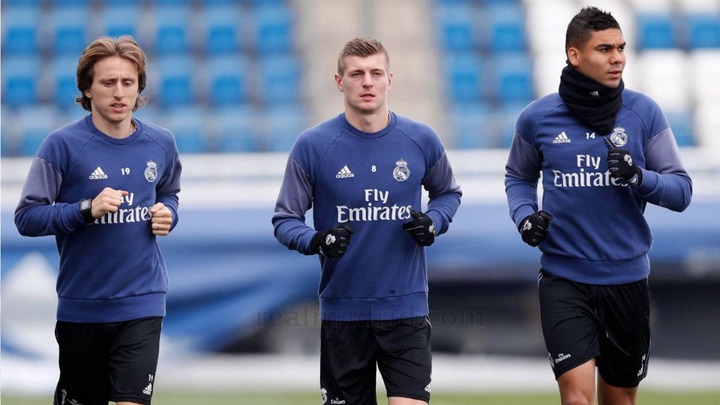 One smart thing Florentino Perez has done is that he realised this midfield won't be at their peak forever. So he has brought in their replacements early enough for them to understudy their seniors and learn from them. He has brought in Valverde and Camavinga. These guys are young and they are the future of the Real Madrid team. This is something that Barcelona failed to do after not properly replacing Xavi, Iniesta and Messi. They are paying the price of that costly error till today.

Real Madrid will continue to dominate Spanish and world football and it will be difficult to stop them.