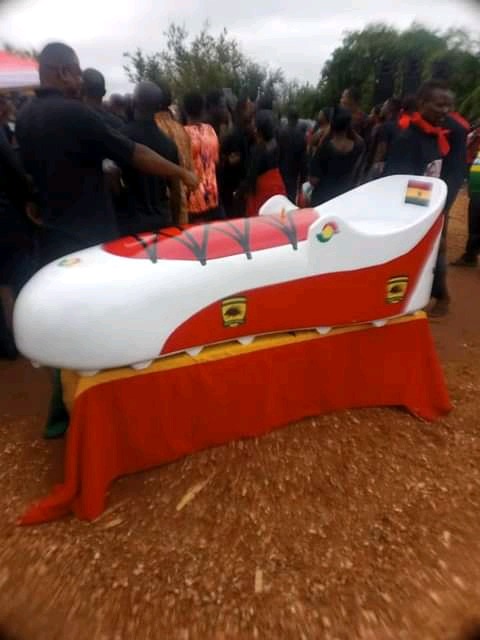 The former Asante Kotoko and Black Stars sensational defender Godfred Yeboah also known as TV3 goes home today in one of the most beautiful coffin ever designed with the Porcupine Warriors, Asante Kotoko colours in Sunyani.

Godfred Yeboah who was fond of doing a deligent job in the defending department at Asante Kotoko won the heart of many and henceforth the name TV3, one of the leading television station in the country so far at Kanda.

Following a short illness that led to the demise of the former veteran Asante Kotoko defender who partnered the like of Aziz Ansa, Joe Hendricks, Godwin Ablordey, William Tiero and many others, he got a befitting burial today at Sunyani, his hometown. 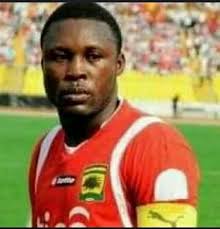 Godfred Yeboah won three Premier League titles as well as an FA Cup for the Porcupine Warriors and became a runner up in the CAF Confederation finals against Kotoko's long time rivals Heart Of Oak some years back.

A player who was worth everything any good player may offer to his club in the modern game of football was exactly what Godfred Yeboah was representing and his aerial due, versatility as well as his seriousness earned him a place in the National team the Black Stars of Ghana.

Most of his former team mates didn't turn their back on the hero who goes home today to rest for the second coming of Christ.