Ivory Coast mounted pressure on Egypt's defense today but the Egyptian goalie denied them on 7 occasions and kept a clean sheet which is so far the best goalkeeping performance in this particular stage. 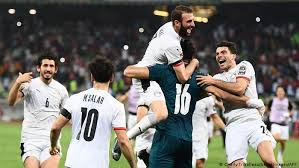 The 29-year-old Sampdoria defender was the hero for his country against Guinea in round 16. He made 5-clearances, a bold last-man tackle that could have turned the results around. He was very bold and deserve to be on the team of the week.

The Ivorian and Manchester United defender was very solid in defense today keeping a clean sheet, making 11-clearances, 4-interceptions, 3-tackles which was an excellent performance but they were unlucky against Egypt as they were knocked out on a penalty shoot-out.

The 22-year-old was dazzling in excellence today against Mali as he helped his country proceed to the quarterfinals in penalty shoutout. His stats after the game stands out at 6-clearances, 3-interceptions, 3-blocked shots, 2-tackles alongside a rating of 7.8. 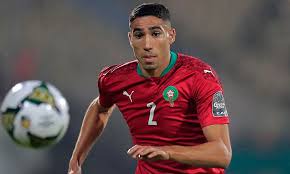 Very Splendid freekick from the PSG man sealed the Atlas of Morocco past Malawi to the quarter-finals after coming from behind to win by two goals to one.

Guinea is out of the competition but IIaix Moriba remains one of the best midfielders in the tournament with 2-key passes, 5-shots, 4-interceptions, 86.8% pass accuracy, and 5 received fouls against Gambia.

The Guingamp star denied host Nation Cameroon a clean sheet as he scored in the 81st minute to give the Blue Sharks hope which however end in 2-1 lost.

The Watford star was phenomenal against Malawi recording 5-key passes alongside 3 received fouls and pass accuracy of 84.3%. 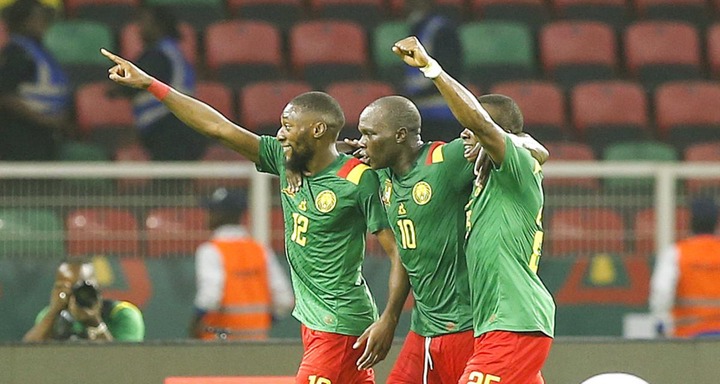 Aboubakar is swaying in goals and against Comoros, he scored and assisted in a 2-1 win at the Olembe Stadium. He's so far the only player to have scored in all games he's been featured on.

The Liverpool star troubled the defense of Cape Verde and finally gave the lead in the 63rd minute after a rebound from a corner kick before he got injured in the 70th in a 2-0 win.

Nicolas Pepe had a very good game against Egypt being rated 8.3 in statistics. He brought his A-game making 2-shots on target, 4-key passes however it wasn't enough as Egypt matched them out of the competition. 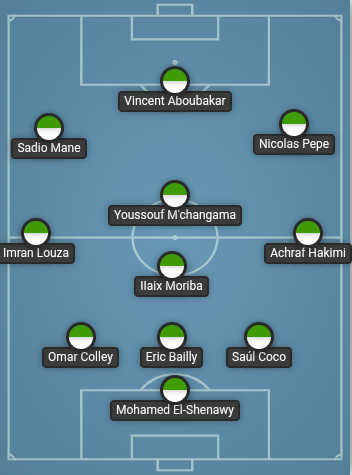