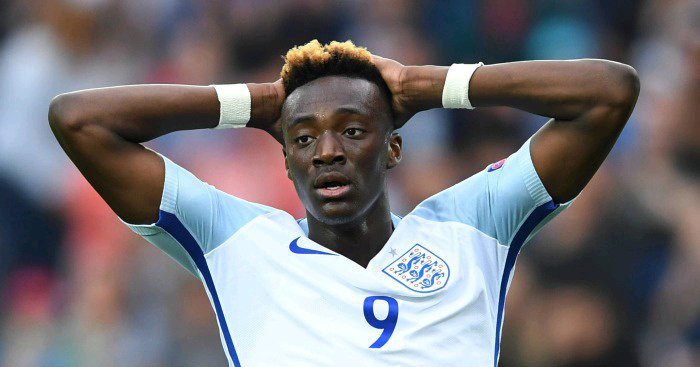 The Euro tournament begins today. Some Nigerian players should hang their stuff for their birth nations. The three lions have a Nigerian-origin player on their team and it's not Tammy Abraham.

In 2018, no one would have predicted that. The Super Eagles of the Nigeria Courting of Abraham were well published before the 2018 World Cup. An opportunity he refused to play for the three lions. As a result of not making a team of 26 men in euros, should Tammy Abrahaham regret going down the super eagles?

Bukayo Saka is the Nigerian of the England team

After the highly mediated "unveiling" with the Nigeria Football President, President Amaju Pinnick in 2017 went wrong, Abraham did not make a lot of progress with the three lions.

In 2017, Abraham was more potential, although he became even beyond that, even in 2021. Super Eagles were ready to take him to the World Cup in 2018, an opportunity that he was not going have with the three lions as at that time.

After Pinnick announced that Abraham had changed allegiance, he (Abraham) came to deny the claim on the same day. Abraham eventually made his debut from his England the same year and it seemed that he had made the right choice.

Being just for these players, most of them feel more like citizens of their country of birth than those of their countries of origin. Especially when choices are between England and Nigeria, or better put, between a superior European nation and an underdeveloped African nation.

Their birth nations all confer on them to become first-rate footballers and they have little or no connection with their countries of origin, except for their names. At the moment, the first choice of a player will always be England, unless they know they may not have any chance with England or when England does not show interest. 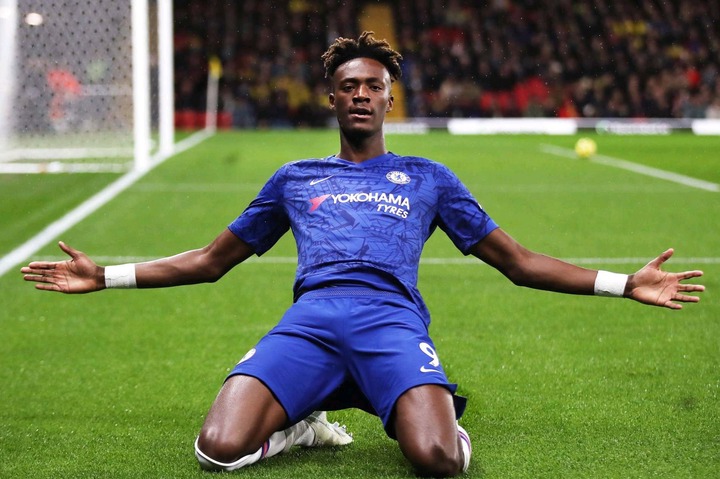 At 23, Abraham now has six caps under his belt, but it seems that the road to become regular for the three lions has become even longer. At that time, he could have played the World Cup and African Cup of Nations. Abraham should examine the situation now and he should have a little regret.

There will be an argument if it is better than Victor Osimhen and the other attackers currently playing for the Super Eagles, but nobody will say it's good enough to make the Super Eagles team.

Tammy Abraham should have become a regular super eagles player.

As he has the chance to compete with Osimhen to be the super-choice attacker Super Eagles, he does absolutely no chance against Harry Kane. As long as Kane plays, her best chance seems to be a squad member.

Unfortunately for him, there are English strikers who went to him in the picolant order. Another problem is that it does not play more regularly in Chelsea and looks only if it does not belong to this level.

The reality is that Abraham may not be as good as he thought he was and should have caught the Super Eagles offer two hands. The tastes of Alex Iwobi and Victor Moses have had credible super eagles careers.

At times, they could have obtained three lions appearances if they had chosen England but would not have had a career. The question is now, are few appearances from England more useful than a career with super eagles? Height, they say are 20/20 and no one can condemn Abraham to see you good enough for the three lions, but look back, he should regret transforming super eagles.