Kepa Arrizabalaga's future is still unclear, but Chelsea are looking at replacement options 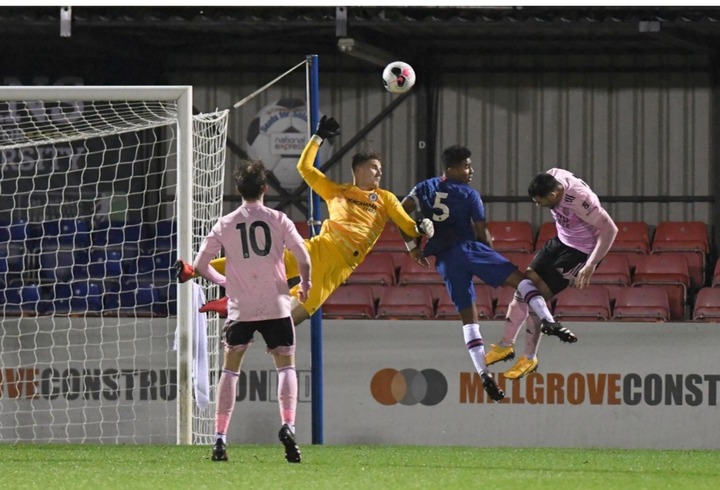 The Chelsea future of Kepa Arrizabalaga is still up in the air, with the club unsure on the best way forward.

They are reluctant to sell the Spanish goalkeeper as they know they will not get anywhere near the £72 million they paid for him in 2018, especially with the added pressure of the global pandemic straining finances.

A loan move would be the ideal step forward for the club, but there has yet to be an awful amount of solid interest in the Blues stopper.

The club wants to be sure that if they cannot sell him, then he will at least be playing and hopefully increasing his value.

There was some hope from figures inside the club that Frank Lampard, and now Thomas Tuchel, might have handed Kepa more appearances, but the form of Edouard Mendy has made this impossible.

Kepa knows he has slim chances of playing at the Euros this summer as a result, and now he will know deep down the only way forward for him is away from Chelsea, whether it be a permanent or a loan move. I believe he will push for this now in the summer.

Chelsea are aware of this, and they’ve began making contingency plans for a new goalkeeper.

As we have spoken about a few times on here, and on our Podcast, Chelsea have had an offer on the table for Gianluigi Donnarumma, who becomes a free agent this summer unless he signs a new deal with AC Milan.

However, the feeling is that he will most certainly sign a new contract and stay at Milan.

So other plans are being considered, including signing a potential new backup/competition for Mendy.

They have considered promoting youth keeper Karlo Ziger to move in and compete with Mendy, and there are other keepers within the ranks or out on loan being looked at.

However, other senior figures at the club believe it would be wise to sign a more experienced goalkeeper as a backup, especially due to the fact they could lose both Kepa, and Willy Caballero this summer.

Ben Foster of Watford is a name often mentioned to do this role from scouts at Chelsea, and he is still in this conversation.

Other than that, Chelsea are still long-time admirers of Manchester United goalkeeper Dean Henderson, but he wants to be the regular number one sooner rather than later.

Frank Lampard wanted the board to sign Jan Oblak last summer, and he is a name who has always been mentioned in high regard at the club.

Nick Pope as well is a goalkeeper who has been closely watched by Chelsea over recent seasons.

Baring in mind what I told you last week about Chelsea being more open to the idea of signing free agents due to the current financial climate, it might be wise to keep an eye on goalkeepers such as Sergio Romero, Rui Silva, and Wayne Hennessey, who will all become free agents this summer as things stand.