Former Accra Hearts of Oak midfielder Benjamin Afutu has joined Saudi Arabian side Al Taqadom after being contacted by the Arabian side.

Afutu, 26, last played for Egyptian side Eastern Company SC where he made only eight appearances for the North African side in leas than a season's stay. 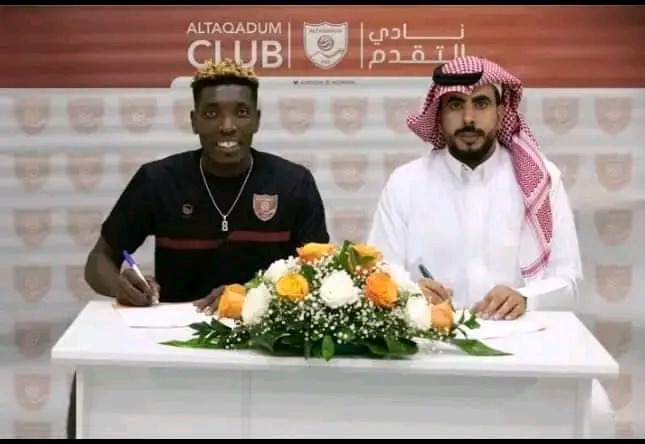 However, the combative player has found a new home in the Arab world and, will feature for the Saudi third tier side in the coming campaign.

The former locally based national team player, endured himself very well at Accra Hearts of Oak and, was an influencer in the Phobians setup that won the League and Cup double in the 2020/21 Ghana football season.

He left Hearts of Oak after his contract run out at the end of that campaign and, joined Eastern Company SC where he did not enjoy as he had expected.

During this transfer window, he was linked with a return to the capital club but, the Phobians did not show much interest in the deal.

Afutu will look to rebuild his career at Al Taqadom with the Arabian side looking to bounce back to the second tier league after being relegated the season before last.