By GloriousIsaac (self media writer) | 3 months ago

Chelsea and Burnley went leg to leg on the pitch in an interesting Premier League match. It was a match filled with goals. In fact, it was a goal gallore for Chelsea. Chelsea remained dominant on the pitch with one man coming out on top. 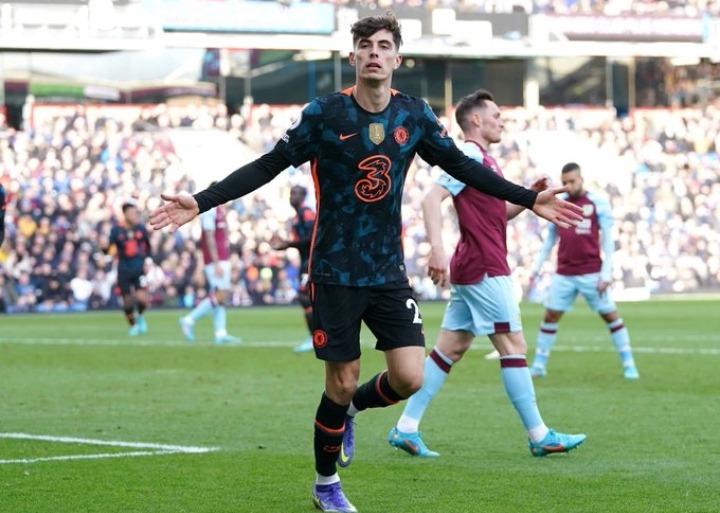 The first half lacked goals. It was boring but as soon as the second half began, Chelsea were on fire. Whatever the Coach said to them during the break did wonders on the field.

Reece James scored the first goal at the 47th minute to give them a lead. It was a great assist from Chaoblah to push them above Burnley. 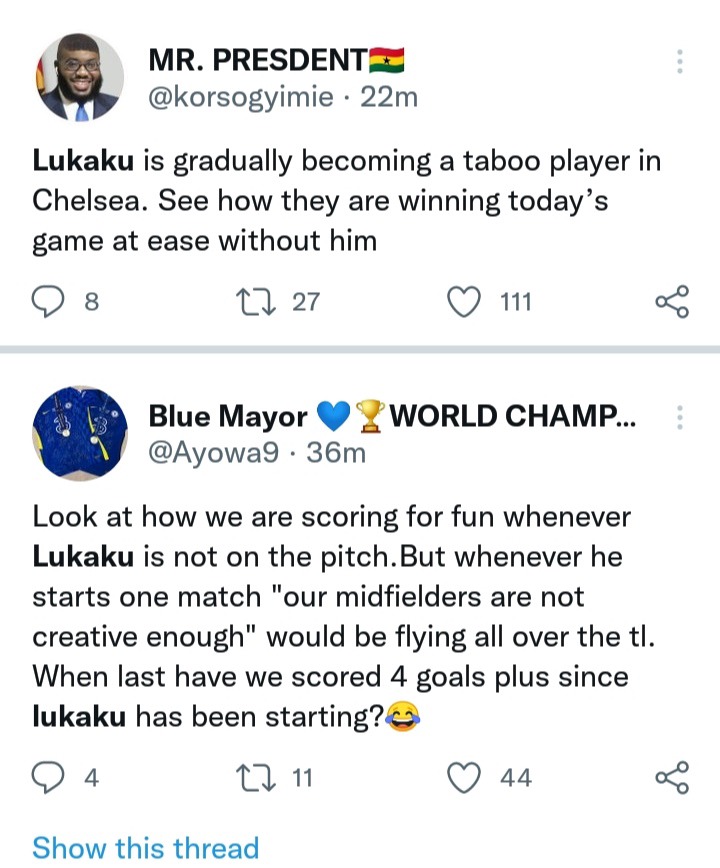 Kai Havertz scored the second goal at the 52nd minute to double their lead. Pulisic gave the assist and the duo connected for that stunning goal.

Kai Havertz, also known as, King Kai, scored his brace to triple the lead. It was just raining goals thanks to Chelsea. The 55th minute goal was a solo attempt from Kai to make it 3 - 0. 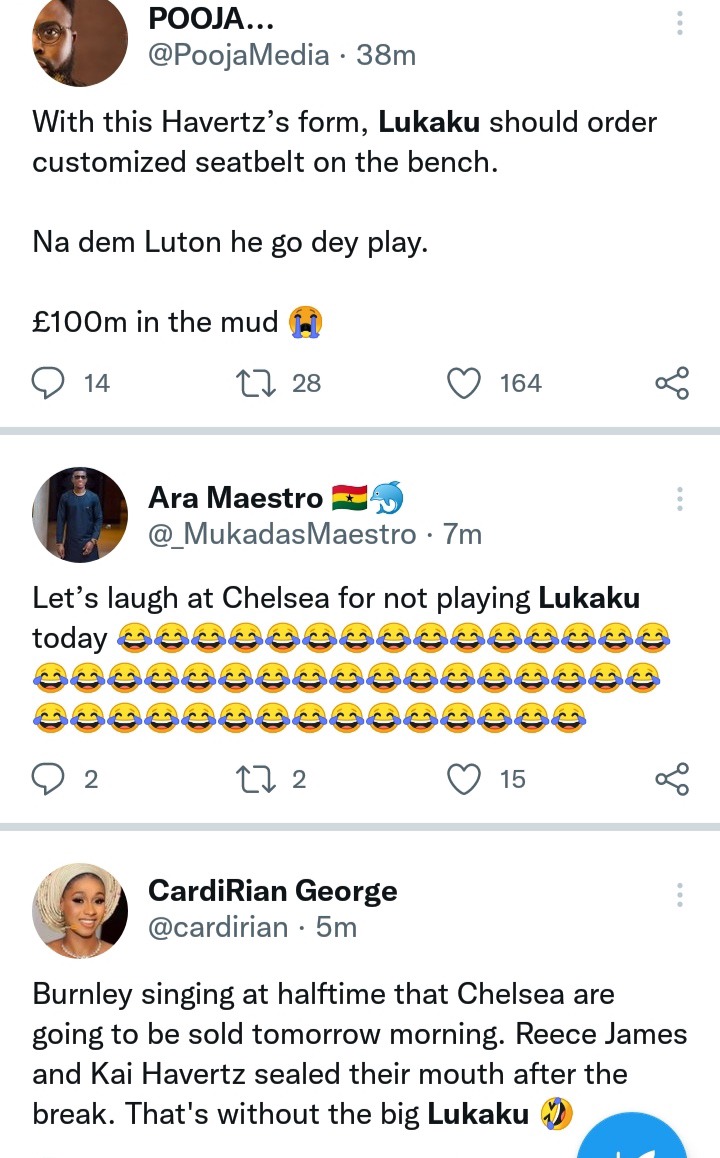 Pulisic scored his own goal at the 69th minute to make it 4 - 0. It ended with Chelsea going back with 3 points. 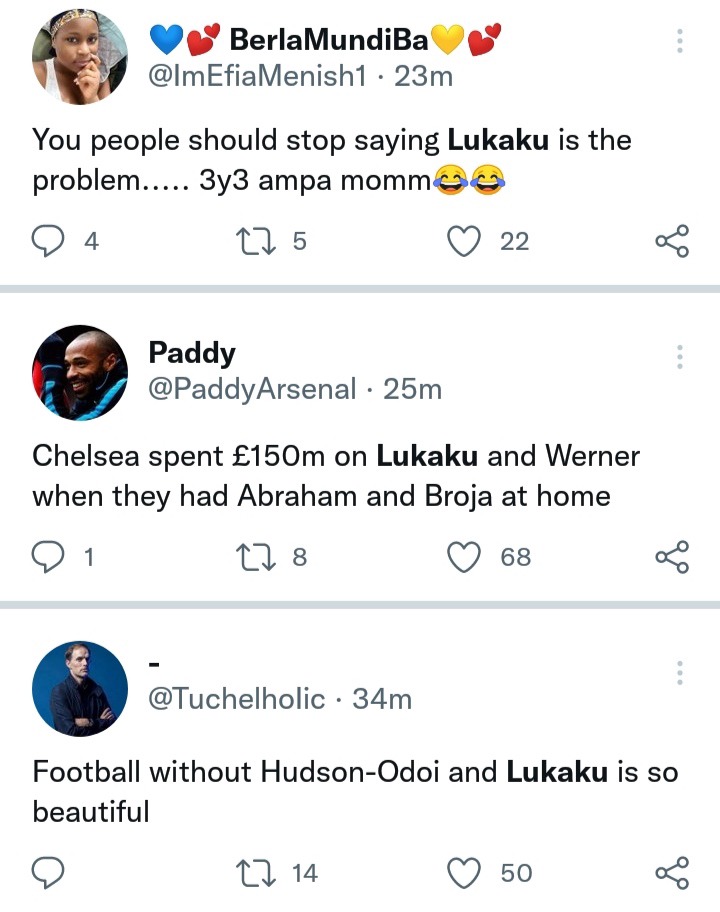 Lukaku was still on bench all this while. Chelsea have been winning their matches in the absence of Lukaku and this prove that point.

Chelsea Fans were glad that King Kai kept scoring and scoring. His goals put Lukaku on the bench because it looks like they are better off without him. Someone said that 100M Euros wasted like that.

The tweets above shows that Chelsea Fans believe he is the problem in the club and one of them said that "Football is sweet without him".