By Allliveentnews (self meida writer) | 22 days

The Ghanaian top divisional League is called Ghana Premier League and with no doubt it is one of the most entertaining and prestigious league in Africa. Due to the nature of the league, clubs in the league have invested all their resources just to lay their hands on the trophy or to be seen as the best club in Ghana. 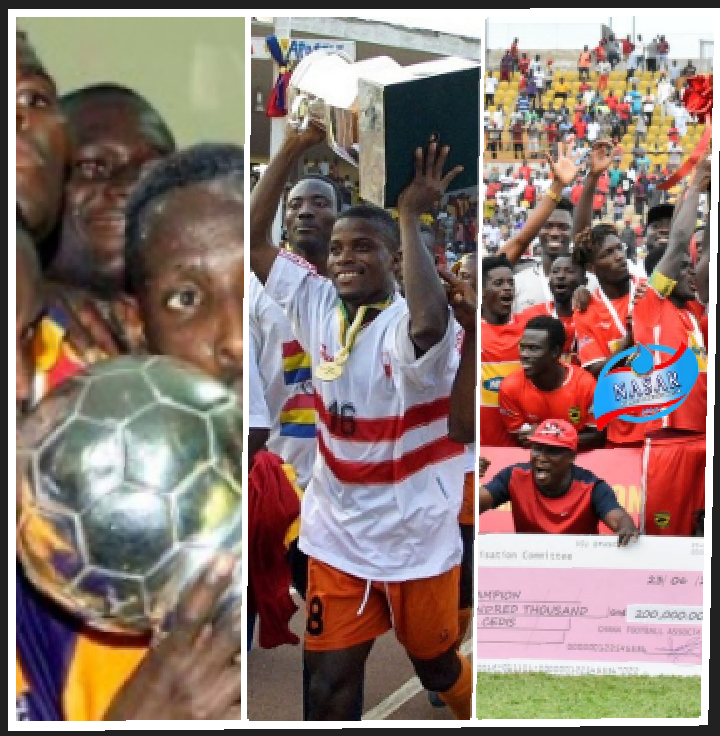 The league has been active or was created or started in 1956 and only 11 Clubs have won the league so far. The Ghana Premier League has been dominated by only two clubs and and the fall on the 1st and 2nd position of the 11 Clubs.

Sekondi Eleven Wise is a football club that is based in the Western Region, Sekondi Takoradi. They won the Ghana Premier League in 1960.

This is a Ghanaian club that was and is based Accra. They won the league in 1963.

Ebusua Dwarfs formerly known as Mysterious Dwarves is based in Cape Coast and they won the Ghana Premier League in 1966.

Berekum Chelsea is a club from Berekum and they have won only one Ghana Premier League tittle. They won the league in 2011. That was the 2010-2011 season.

Wa All Stars in 2016 won the Ghana Premier League Trophy. Currently their name is changed to Legon Cities.

Great Olympics are one of the best clubs in the league at the moment. Currently the are on the 2nd position of the league. They have won the league on two occasions, they won the 1970 and 1974 Ghana Premier League trophies.

The Dormaa based club is no doubt one of the most entertaining club in the league. They won the 2009/2010 league and the 2017 Ghana Premier League.

Ashanti Gold have won four Ghana Premier League tittles. They won three from 1994 to 1996 when they were called Gold Fields. And in 2015 they won the league again.