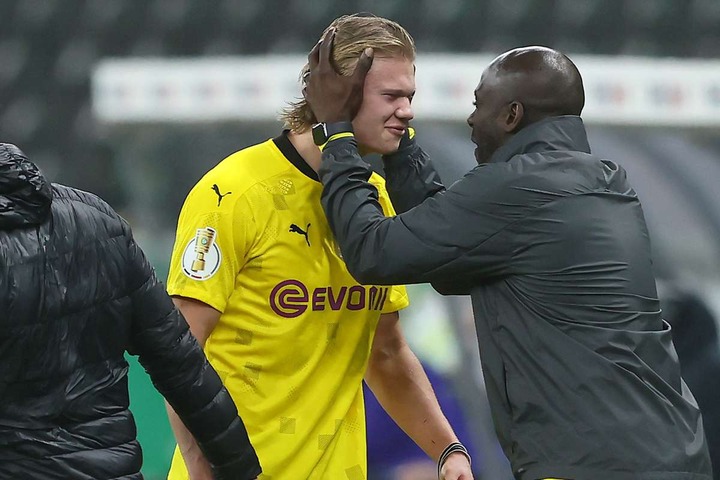 The former winger has been mentioned as a possible replacement for CK Akonnor.

Sam Johnson, a former Fenerbahce player, believes Otto Addo, a former Black Stars winger, will be an excellent coach for the national team.

Following the firing of CK Akonnor for a string of underwhelming performances on Monday, the West Africans are looking for a new manager.

Addo, who played for Ghana at the 2000 Africa Cup of Nations and the 2006 World Cup, as well as Ghana-born former Netherlands midfielder George Boateng and Serbian coach Milovan Rajevac, who coached Ghana at the 2010 World Cup, have all been connected to the vacant Black Stars role.

“I prefer a local coach for the Black Stars, and Otto Addo has the ability to accomplish so. Johnson told Empire FM, "He's been a coach for a while, but he's never coached a national team."

“If Otto Addo is selected for the Black Stars, I hope he is matched with someone. It will be extremely good if we can get some of the young coaches on the local scene to assist him.”

Meanwhile, according to rumors, Rajevac is the frontrunner for the job.

The Serbian is hoping to return to the Black Stars after leading them to the World Cup quarterfinals in South Africa.

However, veteran Ghanaian journalist Karl Tuffour has reservations regarding the rumored second arrival.

“In the football world, there's a cliché that you never go back to a place where you've had so much success. According to Joy Sports, he stated, "The pendulum has swung to a certain level; anything below that and you're in trouble."

“In the last 60, 70 years, millions of coaches around the world have not made it a habit of going back. One or two have done so, and the results have been disastrous.”

By the end of Thursday, the Ghana Football Association is likely to announce a new manager.

The new man's first duty will be to guide the Black Stars to victory over Zimbabwe in a 2022 World Cup qualifying doubleheader next month.