By FreshGist.gh (self media writer) | 22 days ago

Ghanaian and former Hearts of Oak striker Kwame Kizito has been slapped with a three-match ban for indiscipline in Sweden.

Kizito received a straight red card for elbowing an opponent in Falkenbergs FF 2-0 defeat at Osters IF in the Swedish second-tier league last weekend.

Since it is violent conduct Kizito is suspended for three games.

Kizito will miss Falkenberg's next games against GAIS Landskrona and OIS. This means he will return to action in the middle of October.

The ban is a huge blow for Falkenbergs who have been counting on the attacker for goals this season.

The former Hearts of Oak player has scored three goals in his last five games and is the club's top scorer with six goals. Falkenbergs are languishing at the bottom of the league table after 22 matches.

This is worrisome to a club that has their goal scorer banned for misconduct. The player will hurt the club if they are relegated because they are not in a better position.

Kizito was one of the best players in the league some years ago and played with Winful Cobbinah, Nuru Sulley, Thomas Abbey et al. They nearly got Hearts of Oak the trophy if the officiating in the Ghana Premier League was well officiated.

Kizito came to play for Hearts in other to revive his career and move back to Europe. He was clubless when he came to Ghana for holidays. But the management didn’t understand his statement to join the team.

Hearts by last season was preparing to move to a particular direction which will suddenly be of better condition and style at which they are playing to.

Hearts of Oak was not in need of the services of Kwame Kizito because they wanted to build a youthful team and more youngster to get the team a better future. 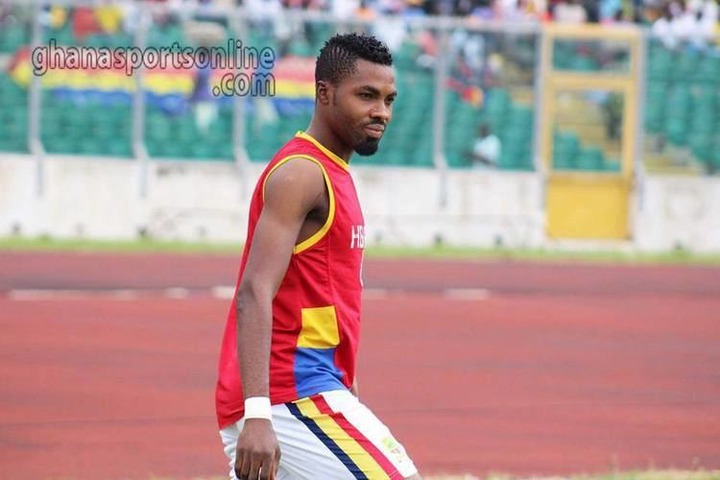 This made them go for a coach who will not condone to sideline Kizito for Kojo Obeng Junior or Afriyie Barnieh. The coach also brought in an exceptional player like Salifu Ibrahim to change the pattern of play in the team.