By Nketia-h (self media writer) | 1 year ago

​Jadon Sancho is yet to finalise his move to Manchester United but the young winger has already started the settling-in process by joining a group chat with Old Trafford players.

Jadon Sancho did not train with the rest of the Borussia Dortmund players today. It’s quite sure that the English player will join The Red Devils this week. Tottenham Hotspurs are interested in making a shock move for the Arsenal academy graduate Ainsley Maitland-Niles. Maitland-Niles is out of contract this summer and he has been told to leave the Emirates this summer on a free transfer. So it is up to him to make the move to join any club but Tottenham are making a possible move to get the player. After winning the UEFA champions league game against Olympic Lyon on last week Thursday but been kicked out of the champions league by the away goal rule, Juventus have sack their coach Maurizio Sarri. The coach took charge of the team somewhere last 3 years but he’s now replaced with the team’s legend Andrea Pirlo who was the manager for their under 21 team. Pirlo is set be in charge for the 2020/2021 Italian Serie A and next season’s UEFA champions league. After been trashed out of the UEFA champions league last Friday by Bayern Munich, Chelsea boss Frank Lampard is hoping to make a possible move for Manchester City’s defender John Stones. Lampard is looking forward to strengthen his team especially the back four and he’s hoping to sign the English defender John Stones from Manchester City after they completed the move for Nathan Ake. The deal could be around £20million and it will be a good deal for The Blues. Both Leicester City and Liverpool were interested in the signing of the Olympiakos left back player Kostas Tsimikas. Liverpool have been watching Tsimikas for a quite a while and they believe he has the quality to develop into a world class defender. Liverpool have been able to beat Leicester City in signing the defender and it’s reported that Kostas Tsimikas will be in UK to sign as new Liverpool player and also do his medicals within this week. The contract he will sign will be due until June 2025 and they will pay just £11.75 million. This is a great move for Liverpool despite the current economic situation caused by the Covid 19 pandemic. Bournemouth are facing a great deal of losing their key players after been relegated into the championship. One of their best players in the season has now completed a move to Manchester City, with Liverpool hoping to sign the 23 year old David Brooks. Liverpool have officially make an offer of about  £35million to complete the signing of the midfield genius. Though Brooks was approached by clubs like Everton, West Ham United and Tottenham in the early stages of the transfer window but it’s more likely the move to Anfield will be done in a matter of weeks. Arsenal will go in for players like Dani Ceballos and the Ghanaian midfielder Thomas Partey after making it official that, they are ready to spend about £100m this summer to sign their key targets. Arsenal have been eyeing the Atletico Madrid midfielder for some seasons now but they are very confident that they will make the deal possible in this summer. 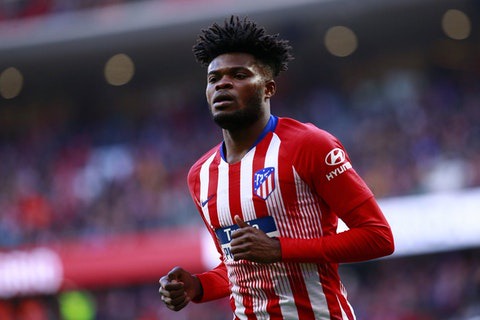 Content created and supplied by: Nketia-h (via Opera News )