Gordon Kusi Brokelyn who has been noted by many pundits and football fanatics as a lethal striker joins Ashanti Gold SC from second tier 2 side Asokwa Deportivo. His positioning in front of goal and clinical ability caught the Obuasi based club Ashanti Gold and decided to battle with other clubs for his signature but Ashgold as a club had the last laugh.

He has scored three goals and provided four assists in 10 matches for the Kumasi based club in the Division One league this campaign.Brokelyn is expected to join his new team mates this week as they continue preparations for the second half of the Ghana Premier League after signing five years contract for the miners. 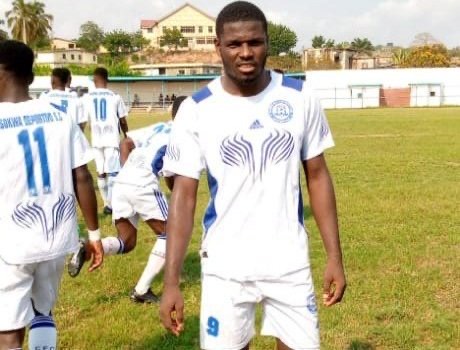 Asokwa deportivo in recent years are known as one of the best division club in the country when it comes to grooming and developing young talented players to become world class. Some of these players include former Juventus and Inter Milan star Kojo Asamoah, Joe Fameye, Appiah McCarthy and U-20 skipper Ishaku Konda. Asokwa Deportivo beat Star Madrid by a narrow win 2-1. Goals scored by Joseph Gordon and Asamoah Boteng Afriyie was enough for the side to claim a massive victory.As they work extremely hard to gain promotion and get a spot in the next season Ghana Premier League competition.

Ashanti Gold on the another hand are working tirelessly to beef up their squad and the arrival of Gordon Brokelyn will be a big plus for the black and yellow boys and improve their attacking sharpness as well.The deputy gaffer of Ashantigold has disclosed that the technical team are planning to augment the squad during the second transfer window.

Ashantigold assistant coach, Thomas Duah has confirmed that his outfit will beef up their squad with some quality players scouted by the the club’s technical team.Duah opened up about the quality of the current crop of players at the Kumasi-based club.He insisted that the Ghana Premier League will be signing two or more players despite the arrival of key players in the recent transfer window.He added “We have some, but we need to beef up more because of the way the season is going.” he concluded.

The miners take on league leaders Karela FC on March 20th, 2021 when the second round of the competition commenced. They have just won once from 5 matches, drawing two and losing two in the process. They currently sits 10th on the table log and will be poised to make difference in the competition as their main target is to win the league and represent Ghana in the African competitions. 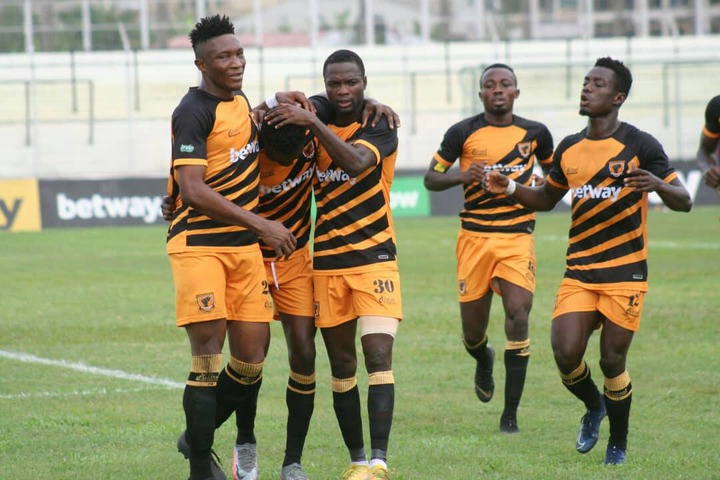