By BJ_Sports (self media writer) | 3 months ago 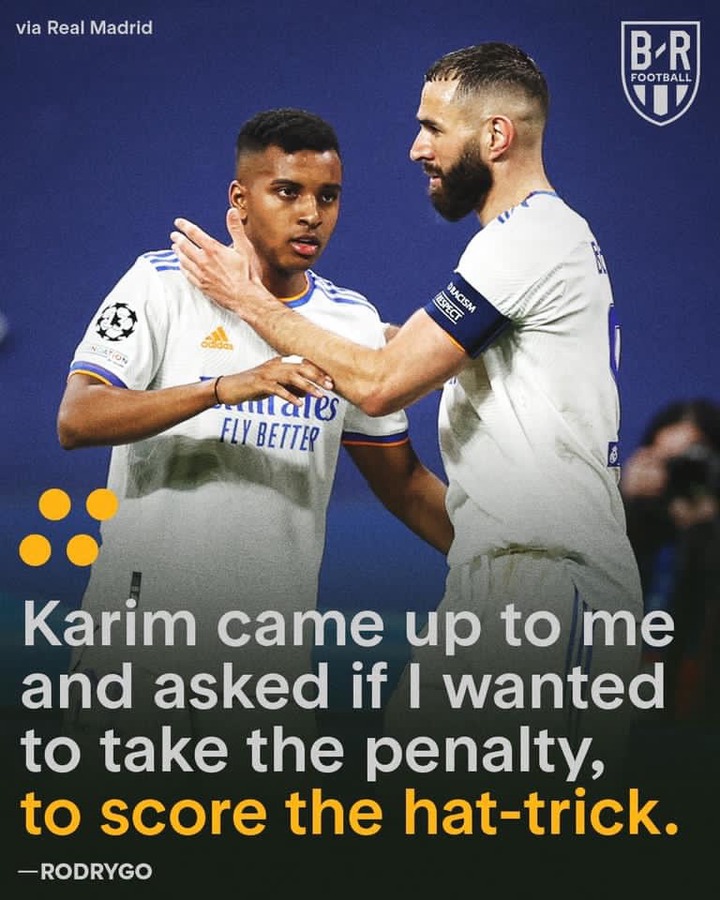 They are still in this year’s edition of the UEFA Champions League after a dramatic win over Manchester City at the Santiago Bernabeu. An exceptional performance from Rodrygo De Goes in the additional time of the semi-final encounter gave the club hope to fight for the victory. 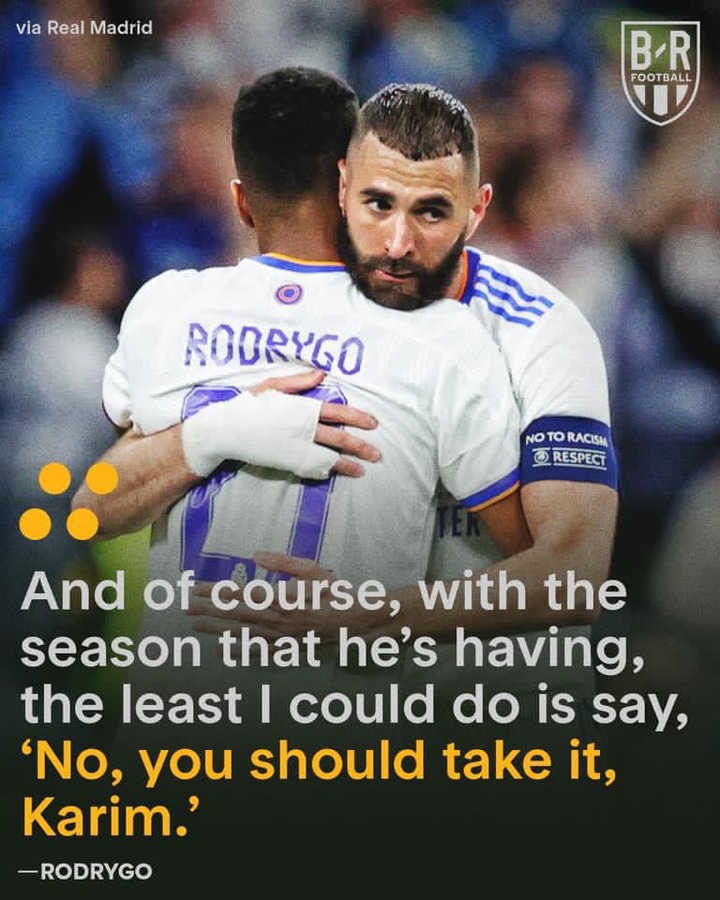 The game ended in a 5 all draw on aggregate. In the extra time, Real Madrid was awarded a penalty. It was beautifully converted by Karim Benzema. After the match, Rodrygo revealed that, Benzema gave him the opportunity to score a hatrick by telling him to take the penalty but he said no.

Dennis Kwakwa Tells Paul Adom In The Face- Kumasi Needs More; To Whom Much Is Given Much Is Expected