Cristiano Ronaldo was yet again the hero for Portugal as he scored two late goals in a 2-1 comeback win over the Republic of Ireland.

The underdogs had led for much of the second half through Eghan’s goal and looked set to cause a huge upset away from home.

However, it wasn’t to be as Ronaldo came up with two magnificent headers in the 89th and 96th minutes to had the former European champions a massive win. Ronaldo had earlier had a penalty saved by Irish keeper Gavin Bazunu but it didn’t prove costly as the Portuguese claimed victory in their World Cup qualifier.

The Man Utd player’s first goal tonight was his 110th for his country, making him the leading goalscorer in men’s international football. He is now two goals better than the previous recordholder, Iran’s Ali Daei. There's a new men's international soccer scoring leader and his name is Cristiano Ronaldo. During Wednesday's game against Ireland in World Cup qualifying, Ronaldo scored twice in the final minutes to give Portugal a 2-1 win and break the mark held by Iran's Ali Daei. 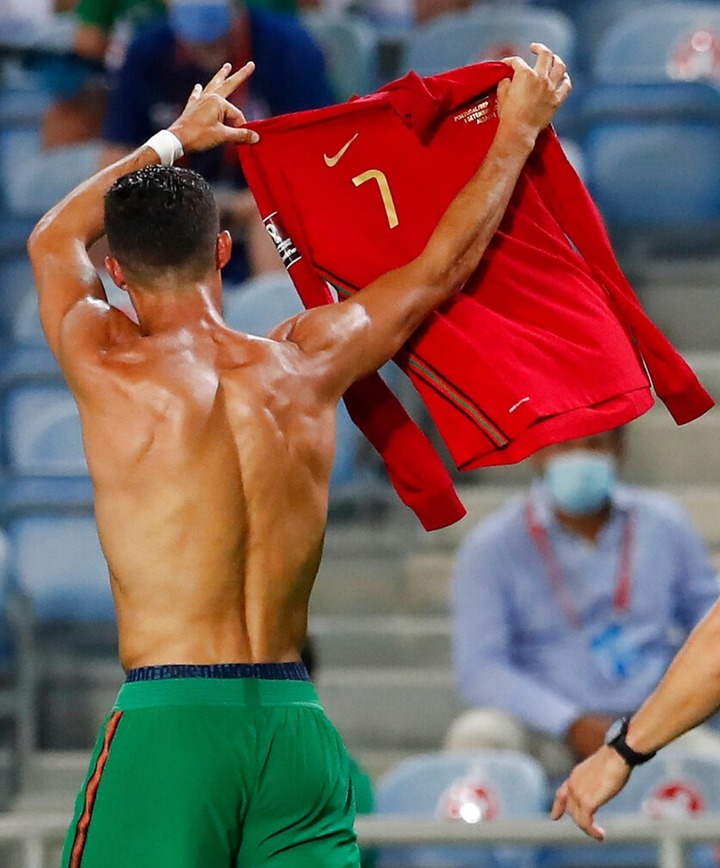 Content created and supplied by: One⭐ (via Opera News )

Meet the 24 year old woman who has given birth to 22 children.

18 Psychological Truths About Love You Need to Know

The Baby With The Heart-Shaped Birthmark On His Forehead…

President Akufo Addo, ECOWAS Chairman Shown Up In Guinea To Meet With The Military Junta.