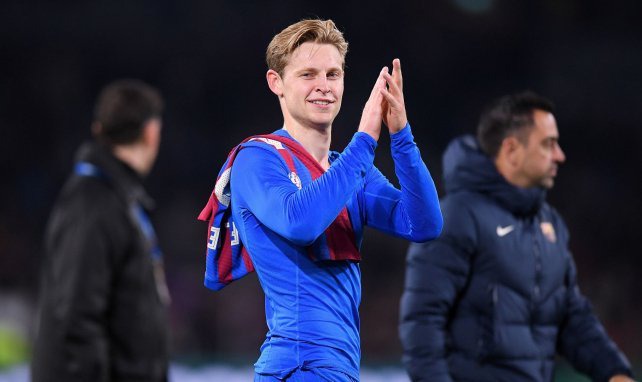 Despite being one of the biggest projects for FC Barcelona 's core in recent years, Frenkie de Jong's (25-year-old) adventure at Can Barça could come to an end. Although his level has not been excellent, the reason for his goodbye lies in another component: the economic one. His departure would allow Barça to lower the large wage bill it has, facilitating the registration of new signings.

Two months ago, Xavi was already pointing in this direction when asked at a press conference: "Yes. There are non-transferable and transferable players, but in the end what rules is the economy and we must know where we are to finish making decisions. We have to finish the season and then we will know how the club is doing and how we should act. We have it clear but we have to talk".

Barcelona have agreed on a loan offer as an alternative approach to get De Jong out for the mean time. According to the information from Sport, within FC Barcelona they have thought of giving De Jong a release, in the form of a loan, in order to save his large record and temporarily resolve the financial situation of the club. An operation that would satisfy the demands of Xavi, who sees the Dutchman as a key player for the future.

The azulgranas, who are working to reduce the wage bill, have seen how this season the footballer's emoluments have skyrocketed, who signed his renewal shortly before the resignation of Josep Maria Bartomeu as president. From Barça he has been given the option of reducing his salary, and adjusting it to the salary scale, being an option for his continuity at the Camp Nou.