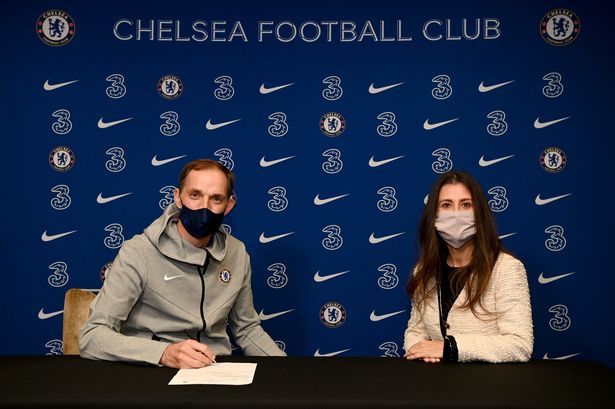 In the past, Chelsea had 9 untouchable people, described by Mourinho in his first term at the club, and they are: Cheek, Terry, Carvalho, Ashley Cole, Makelele, Essien, Ballack, Lampard and Drogba, the players who can not be excluded from the starting lineup but Now only one person is untouched and he is not a player but Marina.

 Marina’s position at Chelsea is a manager but only that tells you half the story. For two decades she was a great advisor to Roman Abramovich, where the club’s official website once described her as “the person who takes care of his various assets and interests.”

Marina runs Chelsea day by day, it would be a colossal tactical mistake if you tried to strip her of her influence within the club, as Antonio Conte and to a lesser degree Frank Lampard tried to try to do so as if you were trying to wrest control of the club from Abramovich personally, that act never ends well!

And there, where Thomas Tuchel sits in his office in Cobham, where his signature ink is still wet on his contract with the club, he looks at the history of conflicts between Marina and the former coaches, as his history is also filled with that with his former clubs, but he will always try to remember that in order to keep his position from danger!

Marina, a 46-year-old Russian Canadian who graduated from Moscow University in 1997 and employed at the Abramovich Petroleum Company Sibneft, has now become his first advisor, there is another manager, Eugene Tineboom, who claimed that he was the link between the owner and the club, but this is not true. The Russian is authorized in Chelsea.

Marina’s loyalty to her boss remains unlimited and he also exchanges him equally, Abramovich always keeps his assistants close to him and rarely changes them. Some leaks describe them as the golden ring or the gang of the Russian billionaire and there is little noise around Marina and that Abramovich appreciates a lot.

Even since Abramovich bought Chelsea, Marina was at the heart of the club. As soon as she moved from Moscow to work in London, an apartment in Stamford Bridge was allocated for her to stay in. She was not following football. Her work was reduced to managing Abramovich’s office in London and organizing hosting VIP visitors to the stadium Like Phil Collins.

Content created and supplied by: 2pac_1126 (via Opera News )