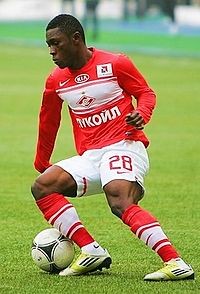 It is a busy day for most of the Ghanaian footballers plying their trade in the Diaspora today.

Below are some of the fixtures:

Christian Atsu who missed in action for New Castle united last season due to injury is not in the provisional starting 11 of his side but can make it to the bench.

Ghanaian midfielder Andy Yiadom who played in the final training match for Reading in their 4:1 lost to Tottenham Hotspurs will be in action today

Ghanaian dependable defender Joseph Aidoo is in the possible line-ups for Celta Vigo for today's clash.

Ghanaian forward Abdul Majeed Waris who has been impressive this season is in the possible starting 11 for Strasbourg in this evening's encounter.

Former Ghanaian U-20 star Benjamin Tetteh is likely to be in action this afternoon's.

Mumuni Abubakar and Edwin Gyimah will feature for Black Leopards