Origin Of Real Madrid Fc; what you need to know

By SportsArena1 (self meida writer) | 28 days 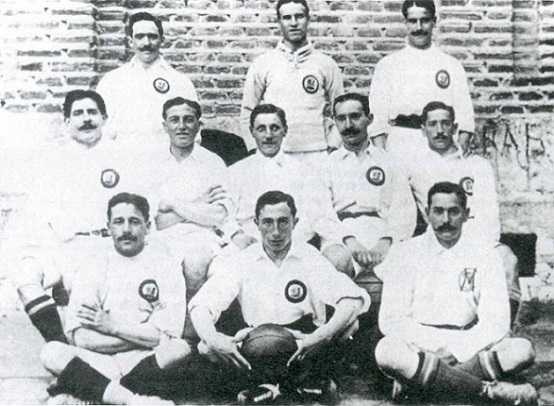 The Real Madrid Club de Fútbol is a Spanish professional football team based in Madrid. Real Madrid's reputation as a major club was cemented, in addition to their domestic success, by their excellent European Cup record.

They have won the European Championships a record thirteen times. Between 1956 and 1960, Alfredo Di Stéfano, Ferenc Puskás, and other notable players helped the club win the European Cup five times in a row, including a memorable 7–3 Hampden Park final against Eintracht Frankfurt in 1960. 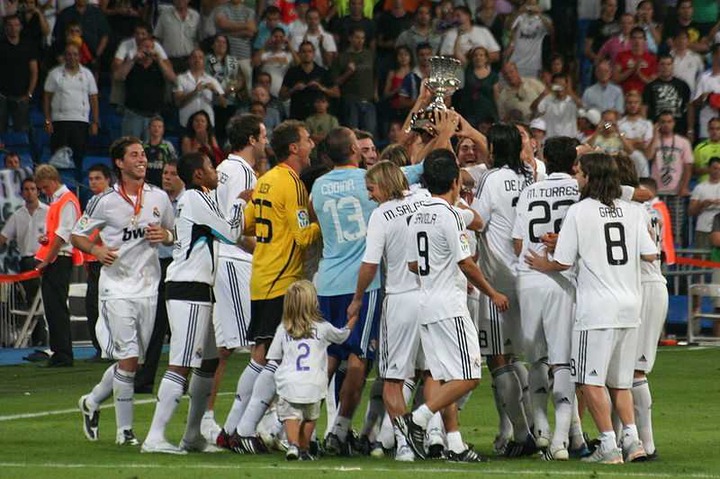 In 1966, the club won the trophy for the sixth time, with a team known as the Ye-Ye beating Yugoslavian club Partizan 2–1 in the final.

Students from Madrid's Institución Libre de Enseanza introduced football to the city. Several Oxbridge graduates were among the group.

They formed Sky, a Sunday morning soccer club, in 1897. New Foot-Ball de Madrid and Madrid Football Club were established in 1900.

Madrid Football Club was officially founded on March 6, 1902, after a new Board of Directors was elected, led by Juan Padrós, and won four consecutive Copa del Rey titles over the next few years, which was the only national competition at the time. 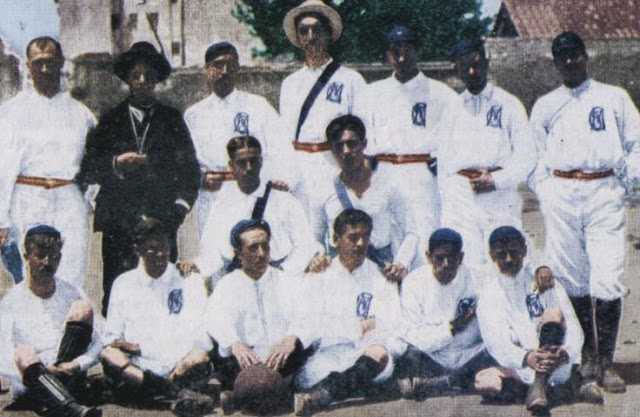 Real Madrid team in the year 1902 ,🖕 year in which the club was founded.

After previously relocating to various minor grounds, they relocated to Campo de O'Donnell in 1912. After King Alfonso XIII, a known football fan, awarded the club the title of real ("royal" in English), the club's name was changed to Real Madrid in 1920. The club, however, dropped both the word Real and the royal crown from the emblem when the Second Spanish Republic was declared in 1931, and was known as Madrid C.F. only from then until the end of the Spanish Civil War. The purple band on the emblem was added during the Republican era and has been there ever since. All activity was halted in 1937 due to the Civil War's stagnation.

Bernabéu also reorganized the club at all levels in what would become the standard operating hierarchy of professional clubs in the future, assigning independent technical teams and recruiting staff to each section and level of the club, including Raimundo Saporta.

Finally, Bernabéu began a strategy of signing world-class players from abroad, the most notable of whom was the Argentine Alfredo di Stéfano, in 1953, and built the world's first truly multinational squad. Many of Real Madrid's most famous players played for the club during Bernabéu's presidency, including Di Stéfano, Ferenc Puskás, Francisco Gento, Héctor Rial, Raymond Kopa, José Santamara, Miguel Muoz, Amancio, and Santillana.

Real Madrid established itself as a major force in both Spanish and European football under Bernabéu's leadership. Bernabéu was the club's president for 33 years before his death in 1978, during which time Real Madrid won one Intercontinental Cup, six European Cups, 16 La Liga titles and six Spanish Cups.

The rest is history. 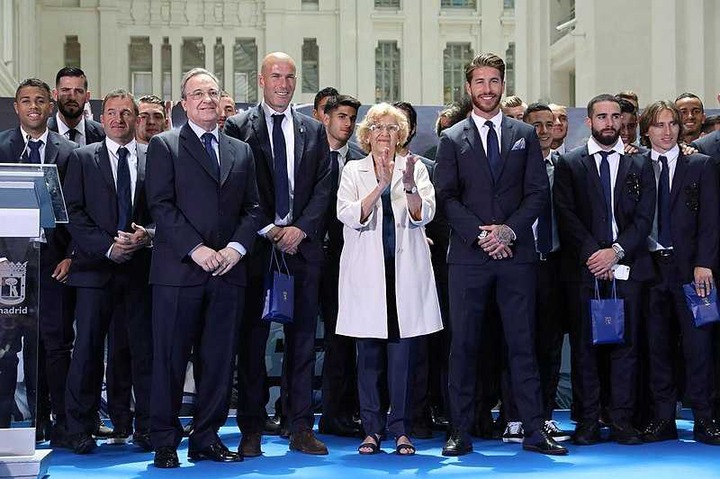