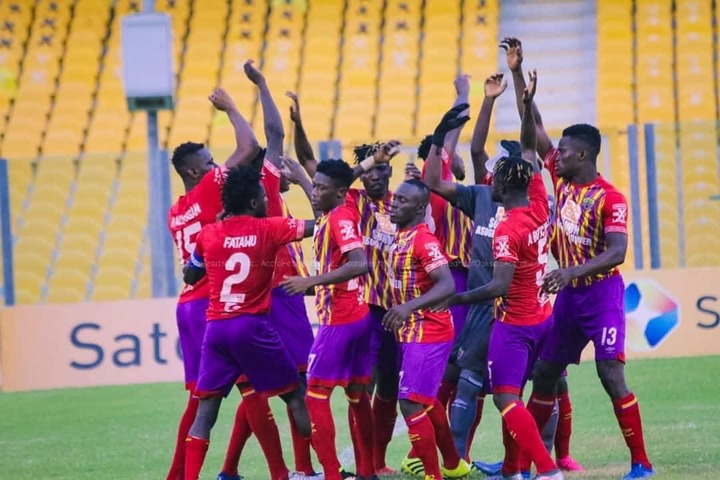 Eleven Wonders host Accra Hearts of Oak in a week 26 fixture of the Ghana Premier League. The game affords both sides the opportunity to make amends on the league table.

Following their win over Elmina Sharks last Sunday in Accra, the Phobians have gone three successive games unbeaten. Coach Samuel Boadu and his charges will definitely go for success, to make it four consecutive wins. The three wins were against King Faisal in Accra, Bechem United in Bechem and Elmina Sharks in Accra. Aside running after four wins in a row, the rainbow boys are sweating blood to keep the chase for the Premier League title. Playing Eleven Wonders away, coach Samuel Boadu may tweak his previous line up, that is, the former Medeama coach may opt for double pivot in midfield. This may pave way for Caleb Amankwaa to partner Benjamin Afutu Kotey in midfield. A start for Caleb Amankwaa means, he will sit deep in midfield and provide impenetrable shield for the back four as he perfectly executed in Bechem. Daniel Afriyie Barnieh may be handed a starting role in the fixture, whiles Salifu Ibrahim is required to cause havoc to his former club. The Phobians could count on his stint in Techiman to snatch glory from the Bono Region.

Coach Ignatius Fosu appears to be under pressure to win at all cost, as the position of the team on the league log looks scarier and gloomier. The coach will demand his squad play as a unit, make use of chances that fall their way. Meanwhile, they will need to keep an eagle eye at the rear in the midst of jostling for goals. They will want to capitalize on home advantage, but that will come under stern test as Accra Hearts of Oak beat King Faisal on the same pitch in the first round.

The aspirations of both teams make the game a must win. To win the title, Accra Hearts of Oak are in dire need of Techiman points, whiles Eleven Wonders could only entertain victory to place safe. Both teams have tilted themselves towards victory corner.