By Knucqlex (self media writer) | 23 days ago 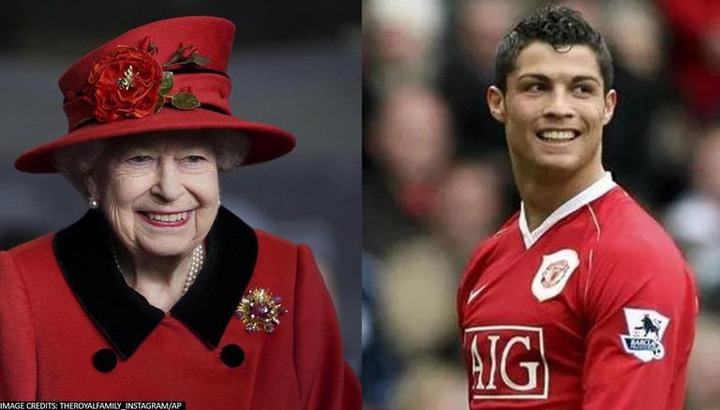 In this article, I will be telling the truth about this trending rumors. Did Queen Elizabeth really ask for Cristiano Ronaldo's shirt together with his autograph?

The five time Champions League winner was really happy when Edison Cavani handed the number 7 to him, meaning Cavani will now wear number 21. 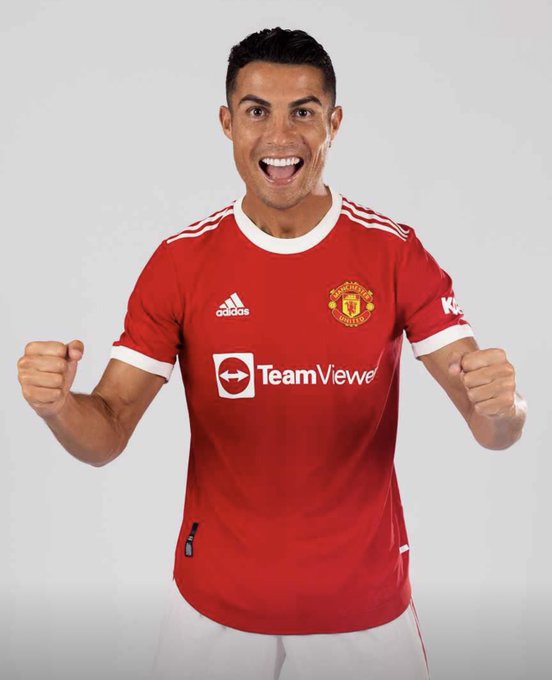 Since the start of this month, September. There have rumours that Queen Elizabeth has ordered shirts of Cristiano Ronaldo, together with his autograph.

This rumours started when sports innovation society made is public that Queen Elizabeth II of the UK has sent a note to the Manchester United player Cristiano Ronaldo asking him for his signature and 80 of his jerseys.

What was your reaction when you first heard this news? 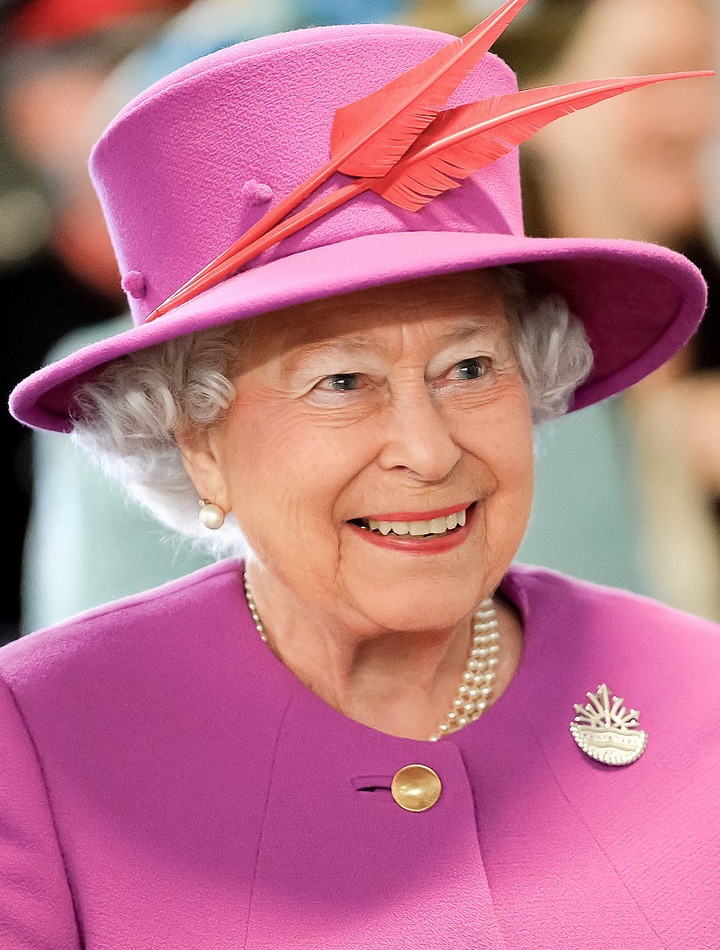 Fact checkers and insiders have proved that this news is fake because if you don't know, Queen Elizabeth is 95 years old, though she's an ambassador in sports,she doesn't really have much time to a watch 90 minutes matche. In 2018,Goal.com made a official that Queen Elizabeth is a big fan of West Ham and she also likes Arsenal.

No. According to sports innovation society, they regret and apologize for making that post because they didn't find any trusted source which links to their story about Queen Elizabeth asking the Portuguese star, Cristiano Ronaldo, for his jersey." We could not confirm the veracity of the note from the queen and CR7, so we decide to delete the tweet.Apologize,"They said this when they couldn't prove the truth about the post they made. 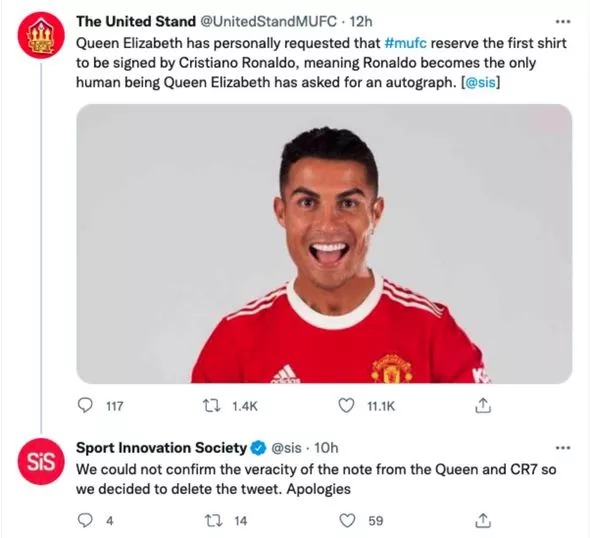 So please stop the spread of this news because it's fake.

According to Manchester United, Cristiano Ronaldo will be payed 510k per week which would make him the highest paid player in the English premier league.

When Cristiano Ronaldo left Juventus to Manchester United,his fans are really happy because he wasn't having a good time at Manchester United.Manchester United posted a video on their Twitter account showing their followers how fans are gathered in a queue at the Trinity statue forecourt waiting to buy their Ronaldo's Manchester United jersey though the club has short jerseys because is move was an unexpected one. Despite he been a 36 year old footballer, he keeps breaking record because he is the current highest goal Scorer at the international level.

Do you think Cristiano Ronaldo can win the Epl or UCL with Manchester United before he retires?

I hope you got moved with this article. Thanks for your time. Enjoy you're weekend.

Eight(8) Key matches that can give you a fortune if you bet on them today. See how to win on them