Fun Facts: Wijnaldum will be a player like Messi

By DevarshDarshan (self meida writer) | 24 days 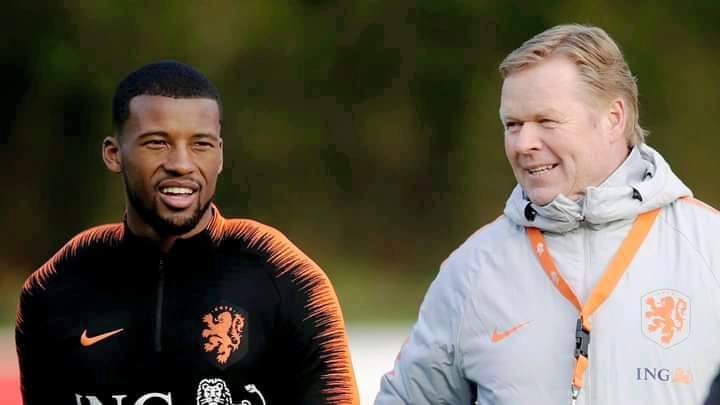 It has been very Interesting Looking at of the comments that Culers have been making about the Impending arrival of Gigi Wijnaldum. Since the rumors that we are signing him started making rounds, a lot of things have been thrown at Ronald Koeman and even the player himself.

Most of the concerns from the culers have been that Gigi is not a Barca-type of player. He's not a good passes, He doesn't score enough goals etc. And while most of the comments are true, we are misjudging the main reason He's coming to Barca.

While Gigi Wijnaldum might not possess De Jong's Speed, Iniesta's Vision or Xavi's passing prowess He definitely is bringing something that No Barça Player currently has and that's PHYSICALITY. And looking at our current squad its something that our midfield lack. And surely if its Koeman who has requested for him, we shouldn't throw stones at him, as He is not going to be the first Coach to bring such Type of a player. This kind of signing has occcured before, even during the Pep Gaurdiola times. Let's look a little back into history.

Firstly, Barca's most successful history had been under Pep Guardiola and its all because of the presence of short low center of gravity midfielders with the expertise at delivering good triangular passes that could destabilize any defense. In as much this trend made us a superpower in Europe, it also was a weakness as our players suffered against teams that played physical football (e.g Inter 2010, Chelsea, 2012). We were quick and flashy in the middle of the pack we were often times bullied in game. And to help Barca deal with this Pep Bought in Seydou Keita. The Guinean was everything Xavi and Iniesta weren't. He didn't have a good first touch, He didn't have great vision and neither did he posses killer passes in his game play but He brought something that Xavi and iniesta Never had. Seydou Keita was an ENGINE. A tank in his own right. He was the type of player who could run the whole 90 minutes covering every blade of glass. Not only that, Keita was in charge of Doing Barca's dirty work in Midfield. He was there to physically bully opposition midfielders who tried to bully our midfield. Keita was not a typical Barça midfielder but His importance to Guardiola and Barca was so immense that it saw Guardiola bench Iniesta in crucial games including Clasicos.

Fast forward, Keita got older and was sold, Guardiola still missed his unique qualities so much and to replace him He brought in MASCHERANO to cover the gap Keita left. The Argentine too, never had the passing, vision and skills as Xavi and Iniesta but it was his physicality and hardwork that landed him in Catalunia. Mascherano was never Bought to be a defender as He ended up to be but his conversion into that Position happened by accident. Mascherano was brought in to provide the same qualities as Seydou Keita.

While the transfer of Wijnaldum is not as popular as the others who have been rumored, this issue buying players who are labelled 'NON- BARCA' is not New. All our teams from Pep to Setien have had such players in the midst. The Barca squad in recent years has been graced with the likes Alex Song, Paulinho, Arturo Vidal etc. and all of them were not the so-called Typical Barca midfielders.

Gigi Wijnaldum too will surely not be a Xavi, Iniesta or another cruyf but He is coming with somthing that We Currently dont have in midfield. And if its true He happens to come, we should trust the coach and support the player to the fullest as He is going to be another Culer just like Messi or De Jong.