Who Qualifies From The Group Of Death (EURO 2021 Group F), France, Germany, Portugal Or All Of Them? 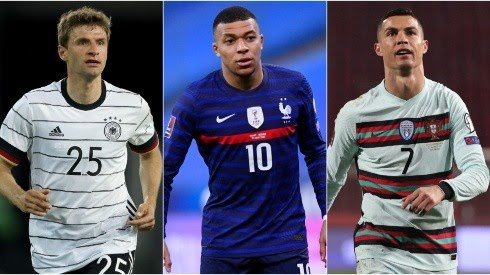 The UEFA Euro 2020 competition was supposed to take place in 2020 but has been shifted to 2021 due to the corona virus pandemic. The competition has 24 teams divided into 6 groups (A to F).

The top two teams in each group will qualify from the group stage to the round of 16. Also the best 4 third place teams will qualify to make them 16.

Germany is also amongst the host nations. The group has been referred to as the "group of death" by many people even though 3 of them can qualify. Do you want to know who qualifies to the next stage? Then follow me let's dig deeper.

Real Madrid's striker Karim Mustafa Benzima is included in France's squad for the European Championship in a surprise move by coach Didier Deschamps after the pair resolved their differences.

Benzema, who has scored 29 goals in all competitions for Real Madrid this season, has not played for Les Bleus(France) since 2015 after a blackmailing scandal over which he faces a trial in October.

He also said in 2016 that Deschamps had "bowed to the pressure of a racist part of France" when leaving the forward out of the Euro squad that year.

Manchester United's Anthony Martial was not in the squad, Deschamps said, because he was not physically ready. The forward suffered a knee problem in a World Cup qualifier with Kazakhstan in March and has only just returned to training with his club. 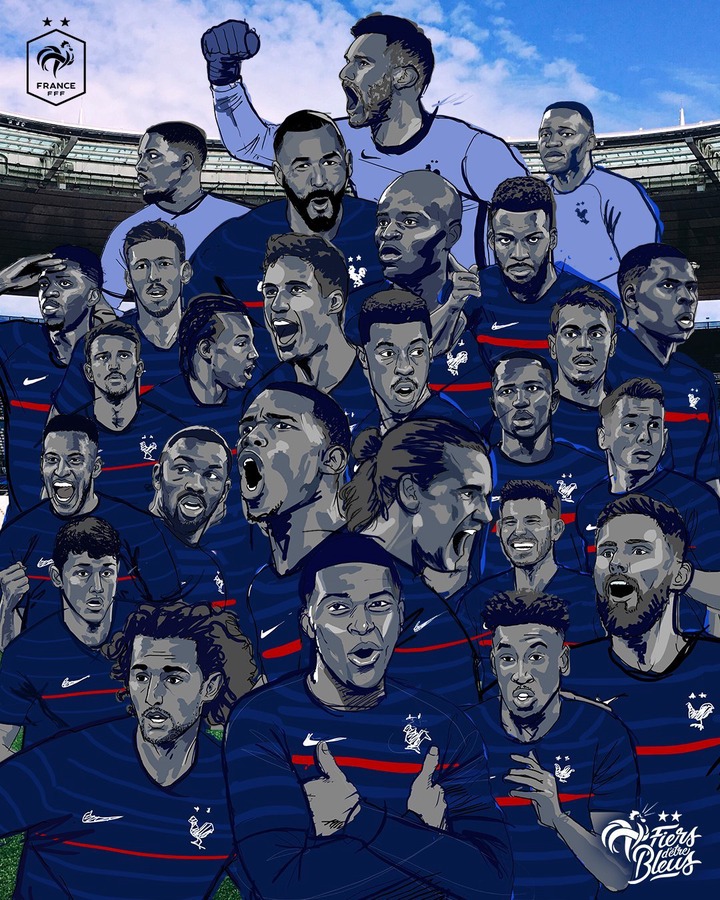 World Cup winners Thomas Mueller and Mats Hummels secured a return to the German national team for the first time in more than two years after coach Joachim Loew included them in his 26-man Euro 2020 squad.

Mueller and Hummels, winners of the 2014 World Cup under Loew, were some of the players dropped after Germany's disappointing 2018 World Cup first round exit and their losing Nations League performance later that year.

But an overhaul that was interrupted by the pandemic in the past 12 months failed to yield any tangible results as the team crashed to their biggest competitive defeat - a 6-0 loss to Spain - as recently as last November.

Nueller has delivered 18 assists and 11 goals in the Bundesliga alone, while Hummels has established himself as leader at freshly-crowned German Cup winners Borussia Dortmund, forcing Loew into a U-turn.

"For a tournament it is important to be focused in every game, every game is a knockout game. We play with France then against Portugal. So we want to survive the group stage. If you make the mistake of thinking of a second or third step in advance it may be an obstacle." Loew said.

"If we get through the group and get into a flow then my team can achieve anything," He added. 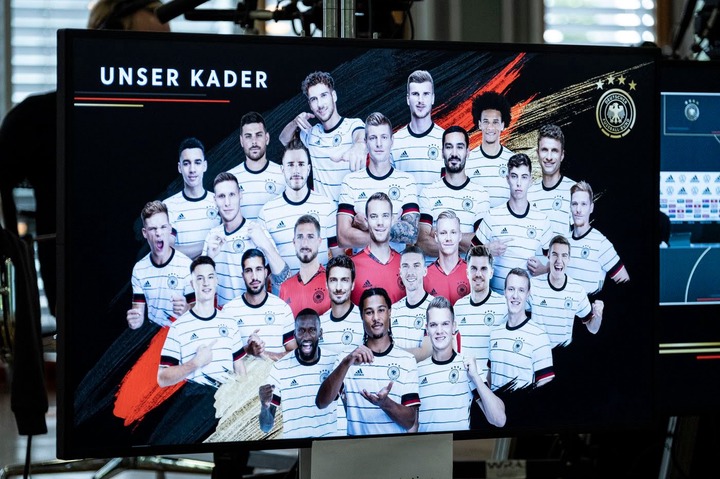 Having won their first major trophy at Euro 2016, Portugal approach this year’s tournament with a far better squad than last time and crucially have the belief which previous sides seemingly lacked.

For all the emotion released by Portugal’s success five years ago, their Euro 2016 campaign was laced with good fortune, highlighted by the fact that they only won one of their seven matches after 90 minutes.

Aside from some notable names, their squad was short on quality and their triumph was built on excellent game management, an over-reliance on Cristiano Ronaldo plus a kind draw which saw them avoid the top sides until facing France in the final.

They will get no such accommodation this time as they have been placed in the unforgiving Group F containing Germany and world champions France, with Hungary the weakest link.

So it is a good thing they have one of the most exciting squads around, full of proven matchwinners to take the burden off Ronaldo.

Their list of defenders alone makes for impressive reading. Ruben Dias was arguably Manchester City’s most inspirational player in their dominant run to the Premier League title while club team mate Joao Cancelo has had his best ever campaign at fullback and complements left back Raphael Guerreiro perfectly.

Coach Fernando Santos has a wealth of options in holding midfield with a number of top candidates to partner mainstay Danilo Pereira, but it is his attacking options which are the most exciting.

Indeed, the only concern for the coach is finding a place in the team for an overflowing list of stars containing Joao Felix, Bruno Fernandes, Bernardo Silva, Diogo Jota, Andre Silva as well as the insatiable Ronaldo, who is heading into his ninth major tournament.

Ronaldo, who has scored 105 times for his country, is one of few survivors of the Euro 2016 side but a winning thread remains in the current crop of players after they lifted the 2019 Nations League.

To Santos, the experience of finally getting over the line could be crucial.

“Since I can remember, Portugal always went to tournaments to win, that’s the standard. When I said I was going to Euro 2016 to win, I just verbalised what many thought in the past,” Santos told newspaper Record in May.

“The players were surprised but now they believe it. It was not a question of not wanting to, it was because they had never really thought about it and doubted it was possible. But I was convinced if we did certain things and managed to instil in the players the benefits of doing them, we could beat anyone.” He added.

If a lack of belief held back previous talented sides containing the likes of Eusebio or Luis Figo, there can be little excuse for the current team, which is both as talented as any that came before it and knows what it takes to win on the biggest stage. 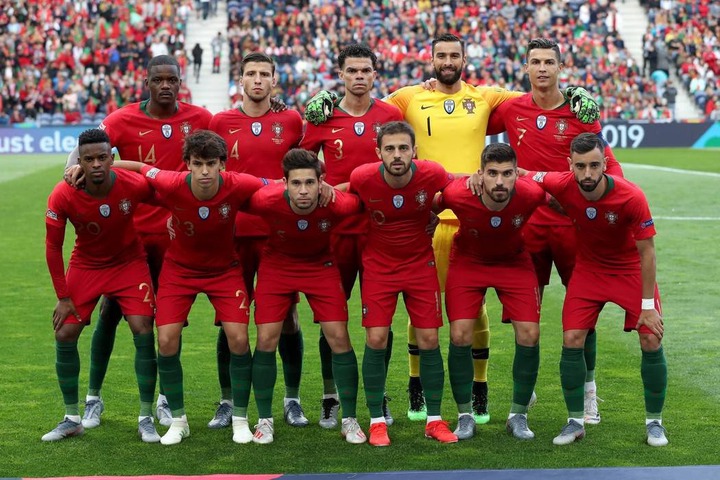 Hungary will be without their influential midfielder Dominik Szoboszlai for this summer’s European Championship after the RB Leipzig player failed to recover from an injury in time for the tournament.

As if being drawn in a group with Germany, reigning European champions Portugal and reigning world champions France wasn’t bad enough, Hungary will also have to do without the talented 20-year-old, undoubtedly their most prominent player.

Szoboszlai scored the decisive last-minute goal against Iceland to send Hungary to Euro 2020, but sustained an injury earlier this season and has not made his Bundesliga debut for Leipzig since switching from RB Salzburg in the January transfer window.

Who is their key player?

The big blow for the Hungarians is the absence of Szoboszlai through injury.

The RB Leipzig midfielder was named in Hungary’s provisional squad but that appears to have been more in hope than expectation and he has since withdrawn.

Without their best player, the key man will be Szoboszlai’s teammate for club and country, Willi Orban.

The Leipzig defender will be making his first appearance at a major tournament for Hungary and the supporters will be hoping he can make an impact at both ends of the pitch; Orban has five goals in 20 appearances for Hungary, pretty impressive for a centre-back. 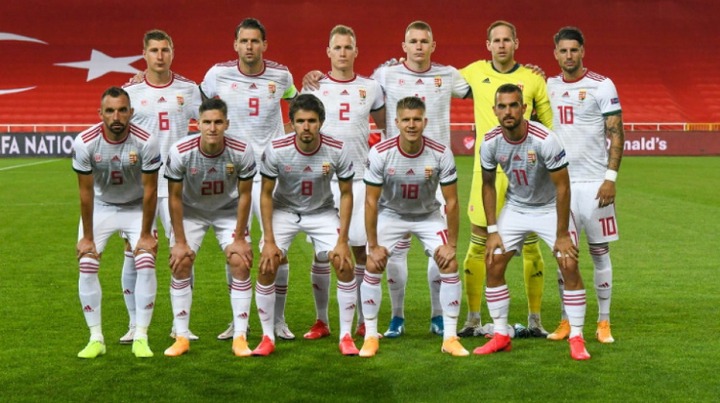 There you go, you have the full squad list of all the teams.

Two matches have been played: Portugal scored Hungary 3 goals to nil and France also won Germany by a goal to nil

I personally think France will top the group, followed by Germany, with Portugal taking the third place but still qualifying and Hungary taking the last place.

Please let us know in the comments section what you also think.