Eden Hazard Is Likely To Return To Chelsea 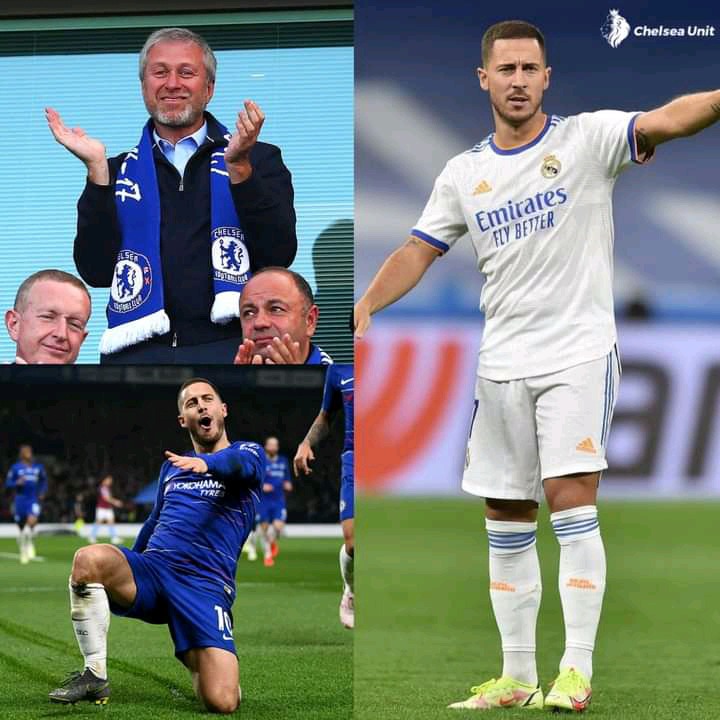 Eden Hazard is a Belgian Professional Football who plays as a winger and sometimes as attacking midfieder for the Spanish football club, Real Madrid and captains the Belgium national team. Eden hazard is well known for his genuine tactics, dribbling, accurate passing, creation of chances and scoring goals. Eden has been regarded by many as "the Play Maker" and considered as one of the best footballers in the world.

The 30 years old Belgian footballer is a formal player of the English Premier League club, Chelsea.

Hazard signed for EPL club Chelsea in June 2012. He helped The Blues win the UEFA Europa League in 2012/2013 season and was named as PFA Young Player of the Year in his 2013/2014 season. Hazard also helped Chelsea to win the League Cup and Premier League Title in 2014/2015 season, which made him won the FWA Footballer of the Year and the PFA Players' Player of the Year awards. He won his 2nd English league title with Chelsea in 2016/2017 season. In 2018, he won the FA Cup, and was named in the FIFA FIFPro World XI. He won the Europa League again with Chelsea in 2019, after which he joined Real Madrid.

Hazard has been battling with injury ever since he joined Real Madrid. So far, Hazard has not made any huge impact to the Real Madrid club as compared to what he did with the English side, Chelsea. Hazard's less performance in Real Madrid is due to the everyday injuries that he has been picking. Chelsea believe that their Play Maker can pick up his productive form when he returns to the club.

"Chelsea are reportedly in early informal talks with Real Madrid to resign Hazard, and Owner Roman Abramovich is increasingly convinced' that the 30-year old will be one of the best in the world again if he returned to Stamford"

Do You Think Chelsea Can Resign Eden Hazard?