The Secrets behind Ronaldo's success as a player that yo do not know.

By Icepa (self meida writer) | 9 days

The five - time best player of the year, Portuguese international and Juventus star Cristiano Ronaldo was born on a small Island of Madeira in a working-class neighborhood. Although Ronaldo was talented but he's talent alone did not make him the greater player he is today. Ronaldo will be forever remembered as one of the greatest footballers in the World football as a results of the following secrets. 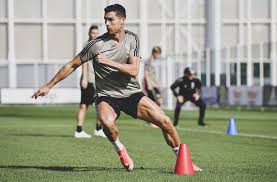 Ronaldo achieved his aim as a great player as a result of hard-working. Many sources claim that Ronaldo train's harder and longer than most of his own teamates, some use to say he is "obsessed". Many people are ready to succeed, but very few are enthusiastic about doing the necessary work to achieve it. The greatest are the greatest because they have greatest work ethics.

Cristiano Ronaldo followed his dream. " I remember leaving home, my siblings were crying, my mother too. Even my father was more emotional that day. But they know it was an opportunity I wanted in life" - Cristiano Ronaldo. 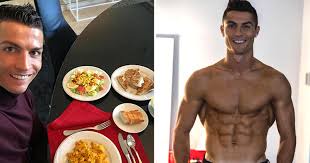 Balanced Diet and Resting Schedule. Having a healthy diet and resting well is one of the secrets in Ronaldo's performance. "I try to avoid alcohol and sweets even if someone I eat them to relax. There are three important things to do. Sleep well, eat well, and train hard. These are the most important things for a footballer. If you don't train your shooting skills, your space, your dribbling will get worse" - Cristiano Ronaldo.

"I think my biggest strength is my mind. Talent is not enough anymore". Ronaldo told ITV. He also said that " I respect everyone's preference, but I have never seen anyone better than me. I have always thought that". This makes Ronaldo supper confident. 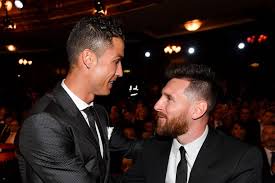 Always Keep a Clear Head campaign seeks to inspire people to show the world what they are made of by helping them become resilient, clearing anxieties and self-doubts. Few have proved as inspiring as Cristiano, a five-time UEFA Champions League-winner, who for a decade has been battling with the Barcelona star Lionel Messi for the title of the world’s best. But their rivalry is certainly not a bitter one, with Cristiano revealing that the Argentinian has in fact been an inspiration, someone who has pushed him to be all he can be today. “Many people are surprised when I speak with Messi at UEFA events, but my relationship with him is we are not friends, but we share the stage for 15 years,” he said. “I have a good relationship with him, and I know he pushed me to be a better player and I push him to be a better player.”

It is a clear example of the resilience that has been so key to Cristiano’s success – the greater the obstacle, the greater the inspiration Cristiano appears to find in the challenge. These are some of the key secrets of Cristiano Ronaldo's success as a player.

Content created and supplied by: Icepa (via Opera News )