Borussia Dortmund wonderkids, Jude Bellingham and Erling Haaland got fans perplexed after their match against Turkish giants, Besiktas in the Champions league yesterday. Borussia Dortmund were hosted at the Vodafone park in their opening game of the Champions league and emerged victorious after the blast of the final whistle. Highly rated English prodigy, Jude Bellingham was on the scoresheet as well as Dortmund hitman, Erling Haaland with the game ending 1-2 in favour of the German outfit. 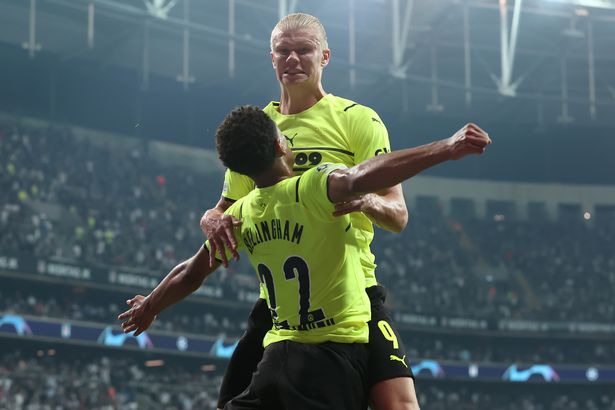 However after the game Jude Bellingham trespassed Erling Haaland's post-match interview and gave him a kiss on his chin, which got some fans confused with some questioning whether it has any homosexual reason behind. But it was debunked by some netizens, who opined it's less likely to have anything to do with homosexualism. Indeed the duo have become good friends since becoming teammates and it's more likely to be one of the cheeky games close friends play with each other. 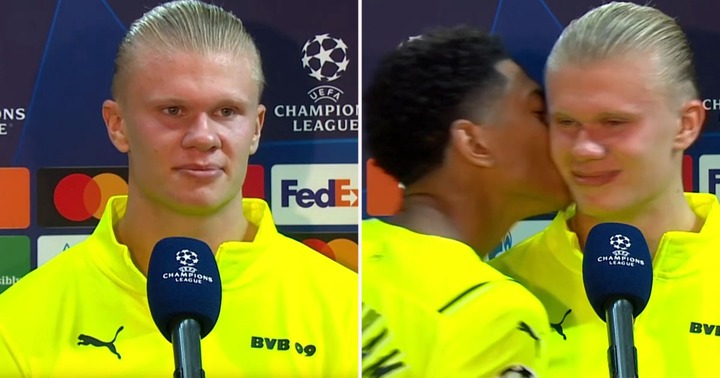 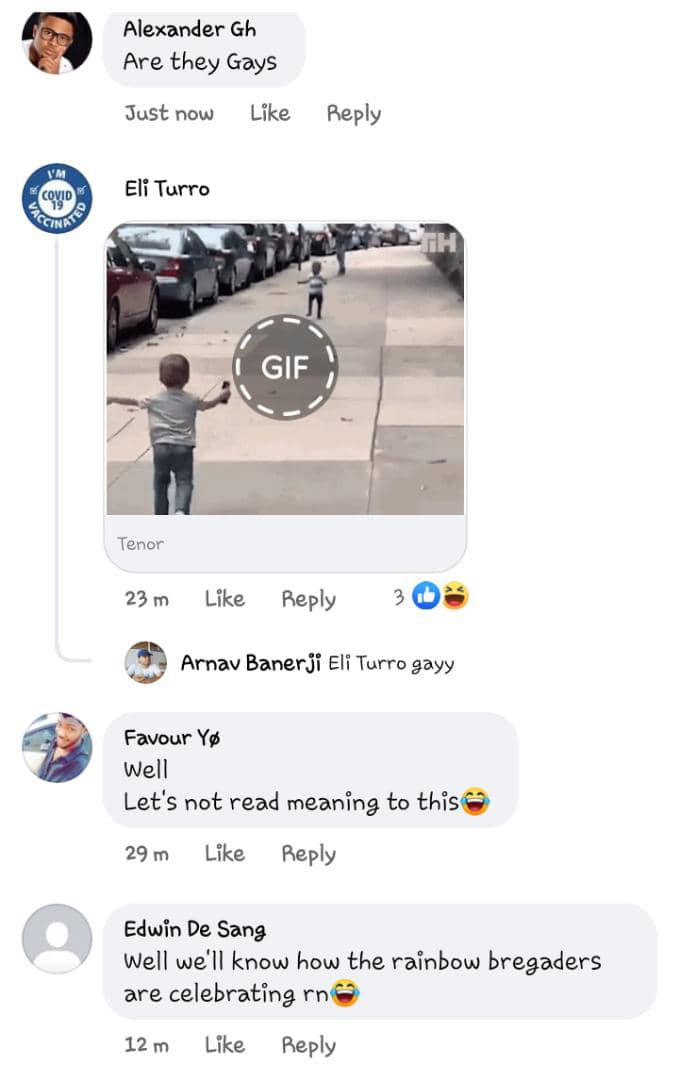 Therefore it should be taken with a pinch of salt. Their friendship transcends to the pitch as they have good understanding on pitch as well, proving pivotal in Dortmunds amazing run of form.

Meanwhile Bellingham and Haaland have been linked with moves out of Borussia Dortmund with the latter heavily linked with a move to Real Madrid next summer. Bellingham has also attracted interest for several English clubs including Chelsea, Manchester City and Liverpool and Dortmund might struggle to hold him down after this season. The English midfielder is currently rated €55m and possible his price will shoot up if he remains unerring till the end of the season, while Haaland will be available to leave for £68m next summer. 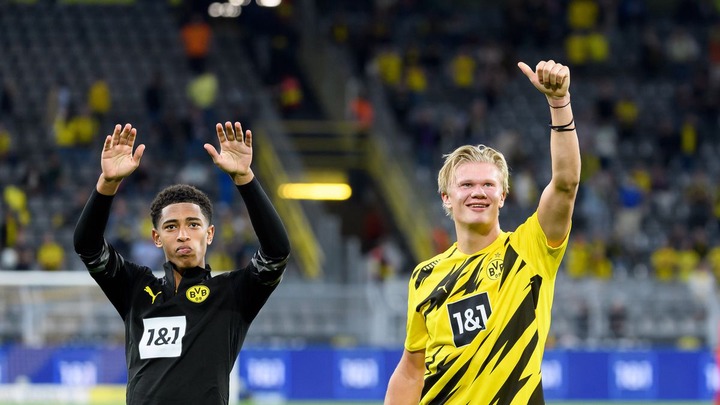 However, Dortmund's win in Turkey yesterday will obviously be major boost for the team as they head into the weekend and prepare for their subsequent Champions league matches. They face Union Berlin on Sunday and in fortnight time, they will host Sporting Lisbon in their second game of their UEFA campaign.