The five time Champions league winner, Ronaldo is currently causing terrible traffic on all his social media accounts, be it Facebook, twitter, Instagram and the likes.

Ronaldo, on Thursday evening took to his Facebook, twitter and Instagram accounts to praise his girlfriend, the mother of his daughter Alana Martina Dos Santos Aveiro, Georgina Rodriguez.

The Portuguese superstar and captain made it known to the whole wide world that he has only one Queen and he did this by posting a picture of her girlfriend and himself on Instagram, Facebook and Twitter simultaneously. 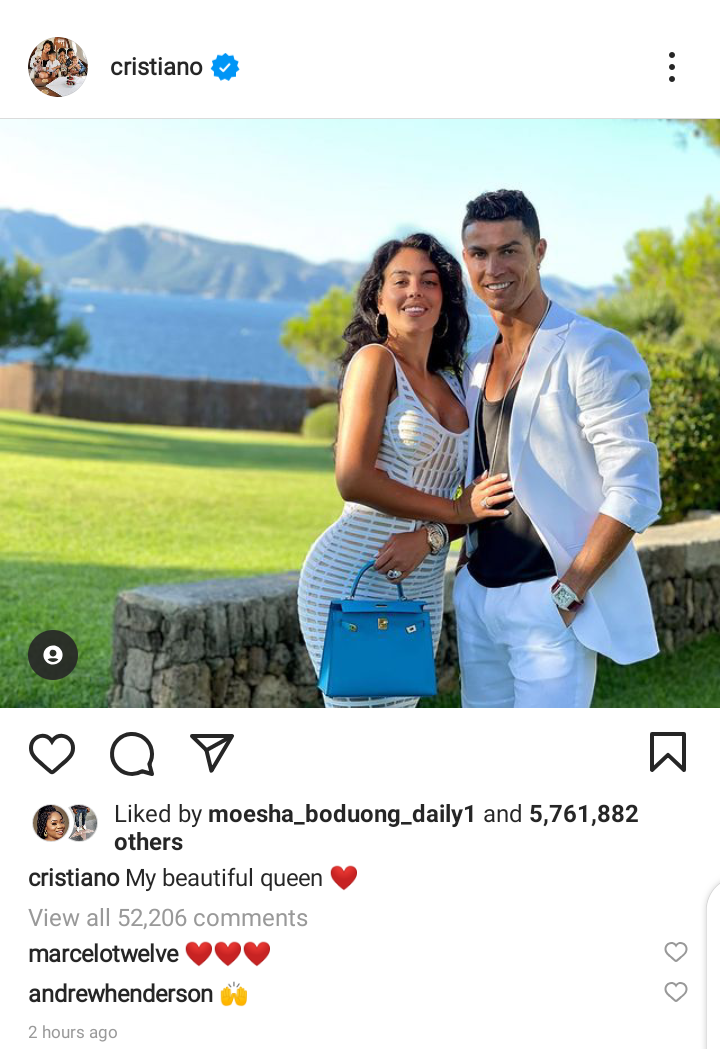 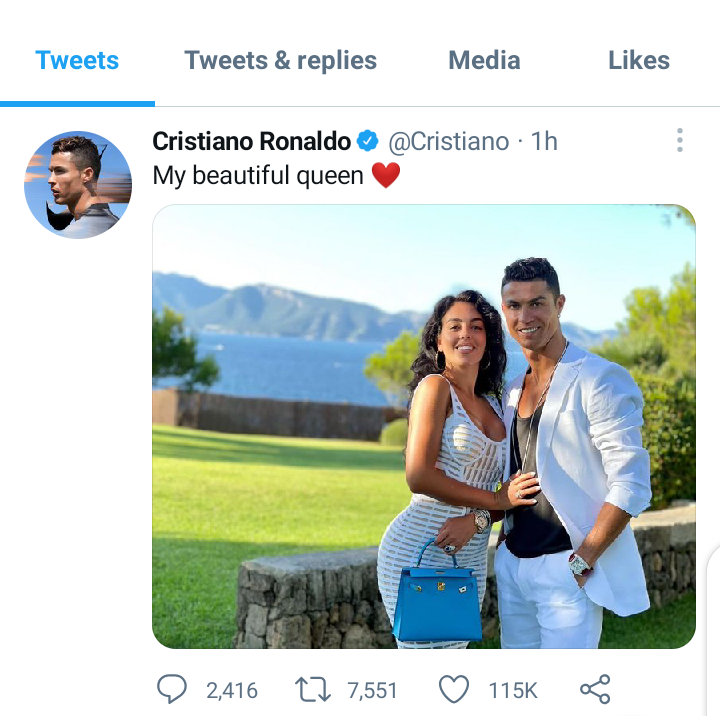 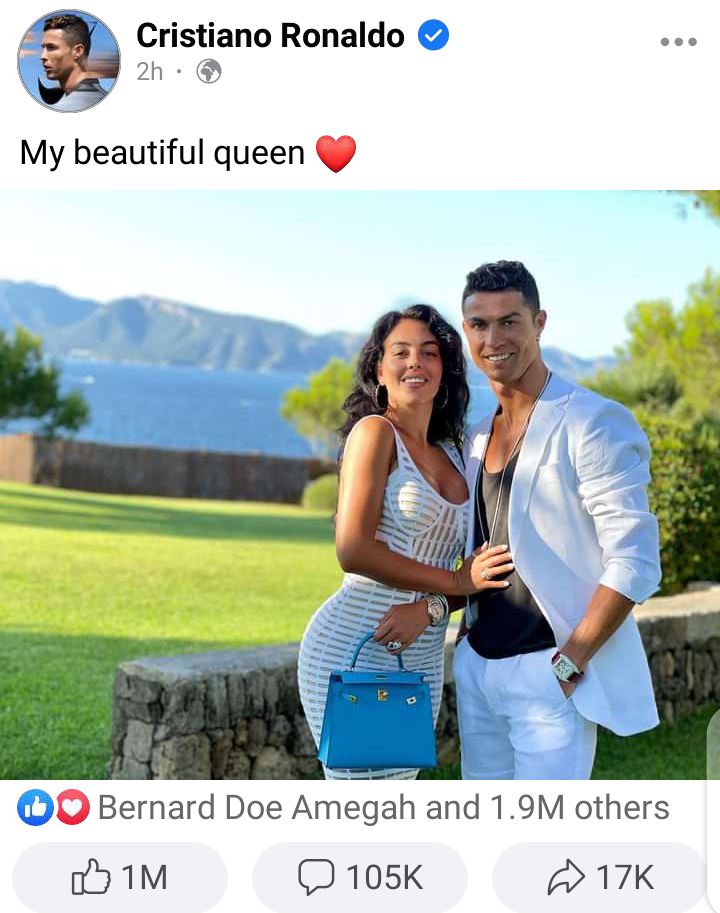 These things do not normally happen, Cristiano went in a mere shop attendant at Gucci shore in Spain and made her his Queen. How many times do we see this. Cristiano is definitely sending a clear message to everyman and woman out.

Cristiano Ronaldo currently plays for Juventus and there has been a lot of rumors about him leaving the club.