He was incredible. Chelsea fans choose their Man of the Match against Leicester City today.

Chelsea bounced back from the disappointing draw against Burnley fortnight ago and grabbed all points at the King Power stadium today, beating Leicester City by 0-3. With head-to-head statistics clearly favouring the Blues, Thomas Tuchel and his men were expected to increase their winning tally in the league to nine after the game and they achieved that. It took just 14 minutes for Chelsea to get the first goal of the game, scored by Antony Rudiger after getting to the end of Ben Chilwell's cross to direct the ball into the Foxes net. Ngolo Kante scored against his former side again, after taking a pass in the mid-half of the pitch an advanced swiftly toward Leicester's 18 yard box before firing at the edge of the box into the net, and Kasper Schmeichel had no chance to save it. Third and final goal arrived in the 71st minutes, after Christian Pulisic cushioned Hakim Ziyech pass in Leicester City goal area before slotting it through the legs of Schmeichel to seal the win for Chelsea. However Chelsea scored two other goals which would have made the scoreline 0-5, but both were ruled out after VAR detected marginal offsides in their build-ups. 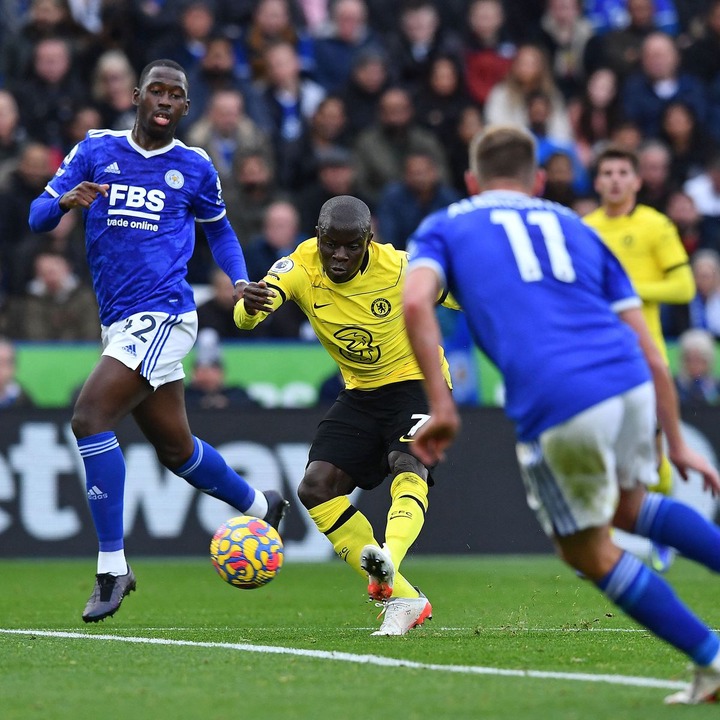 The performance was one of the best Chelsea has displayed this season and there was some iota of difficulty selecting who was Chelsea's best player today. The likes of Kante, Antony Rudiger, Thiago Silva and Ben Chilwell were all brilliant at the King Power on Saturday afternoon, however the fans have been allowed to select who they think was the man of the match with a twitter poll. With few minutes left for the poll to end, French midfielder, Ngolo Kante is by far ahead of his candidates and have garnered 52% of the votes so far, suggesting that, majority think the 30 year old was the best player in the match. 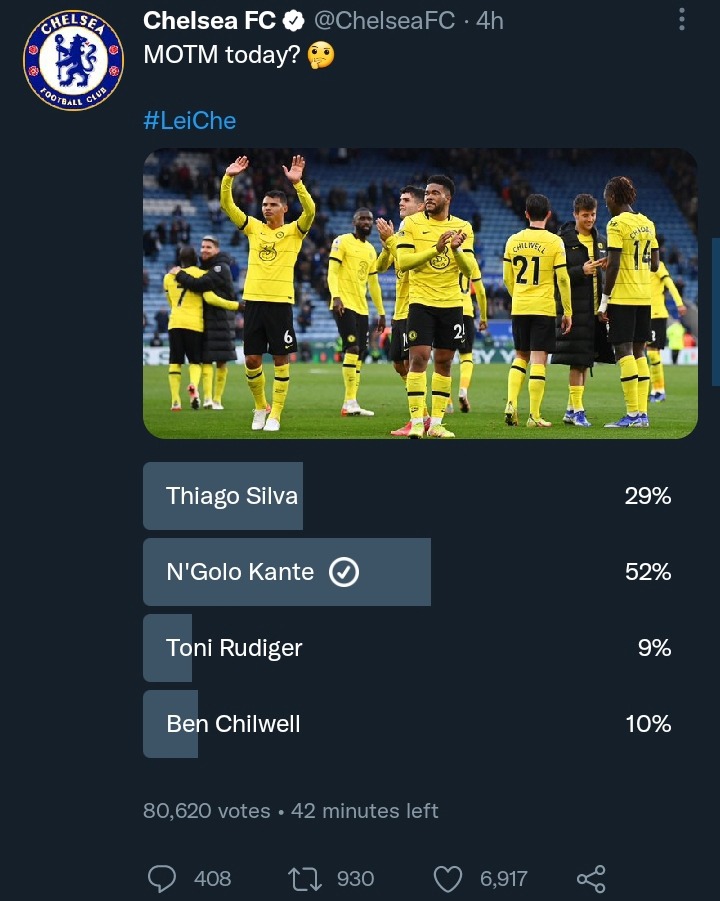 The victory is obviously a booster for Tuchel and his men, as they prepare to face Juventus in the the UEFA Champions League on Tuesday. They would welcome the Italian giants at London and five days afterwards, they will host Manchester United at Stamford Bridge for their 13th premier league game.