By Richardboateng123 (self media writer) | 23 days ago 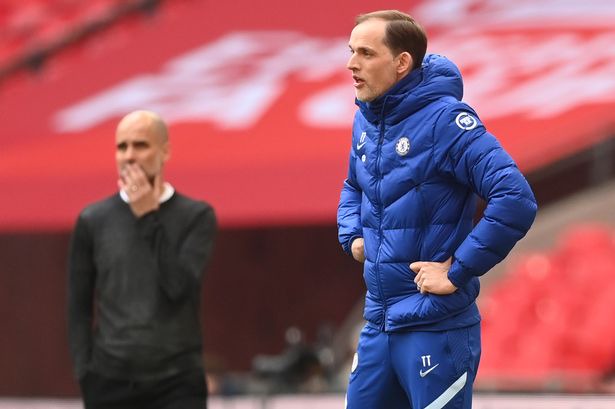 Thomas Tuchel is a very brilliant coach and he has been getting his tactics correct. This time around he didn't get his tactics right and it causes his team to lose. Manchester City scored Chelsea 1-0 and they played very well. Manchester City controlled the game very and it seems Pep Guardiola has studied and learned his lesson. Let go straight into the match and do more analysis. 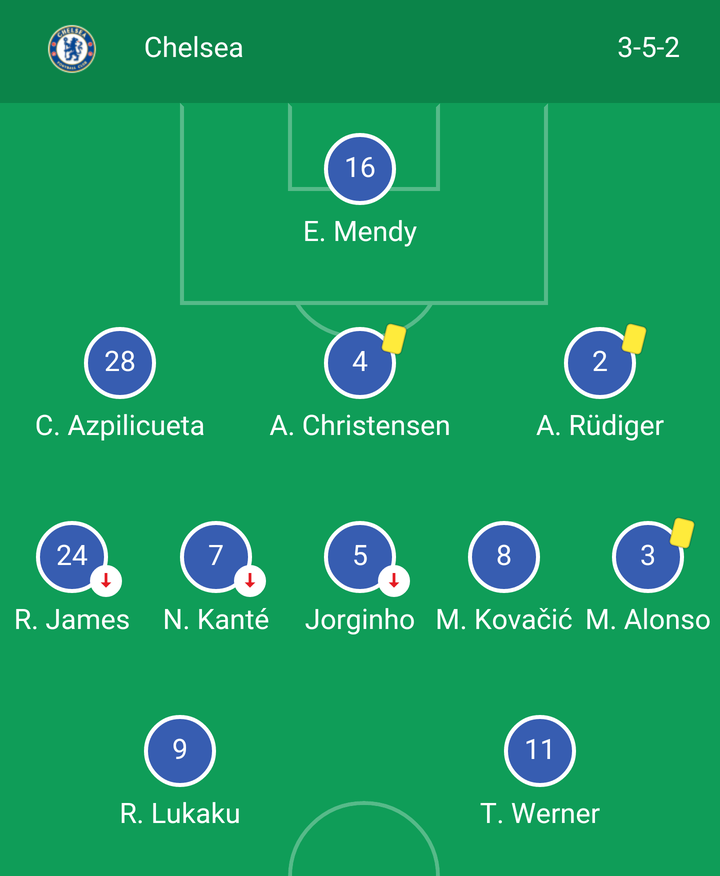 Thomas Tuchel played 3-5-2 formation and this was his first time playing this formation against Manchester City. Thomas Tuchel wanted to make see if Lukaku and Timo Werner can both start and score more goals. One mistake he did was that there was no attacking midfielder. So there were not able to create a lot of chances for Lukaku. This made Romelu lukaku have a bad day and couldn't score. You can see from the above lineup that there was no attacking midfielder that made Tuchel lose the match. His tactics and plan failed, this causes them to lose the match. 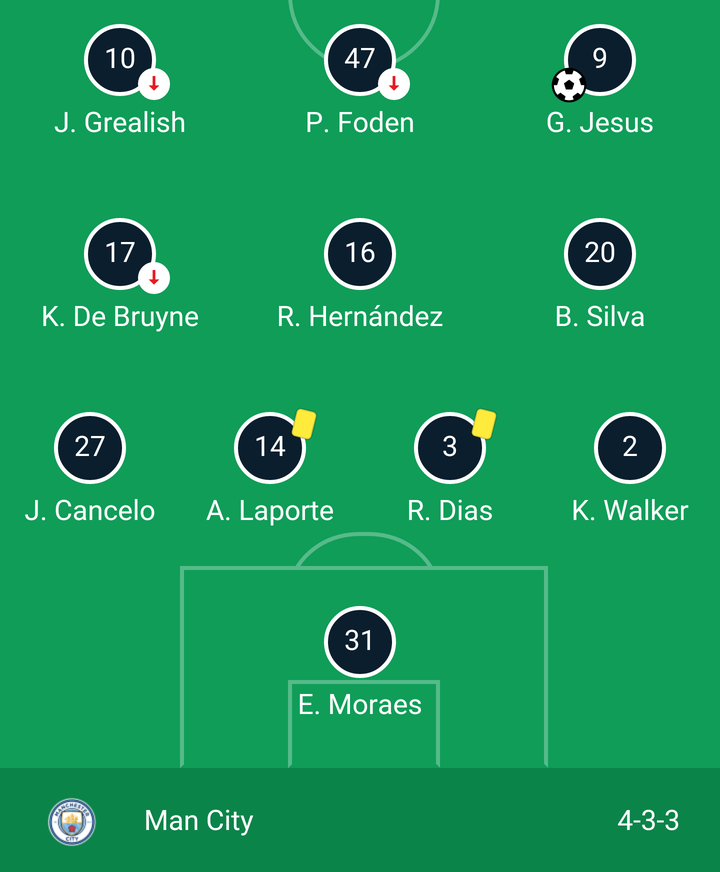 Manchester City also played 4-3-3 formation. This formation helped Manchester City to control the game. They also have an attacking midfielder who created a lot of chances for their strikers. Pep Guardiola got his tactics right this time and was able to win the match. Sometimes Pep Guardiola does over tactics that have been causing him a lot of difficulties. This time he use a simple plan and tactics to win the match. 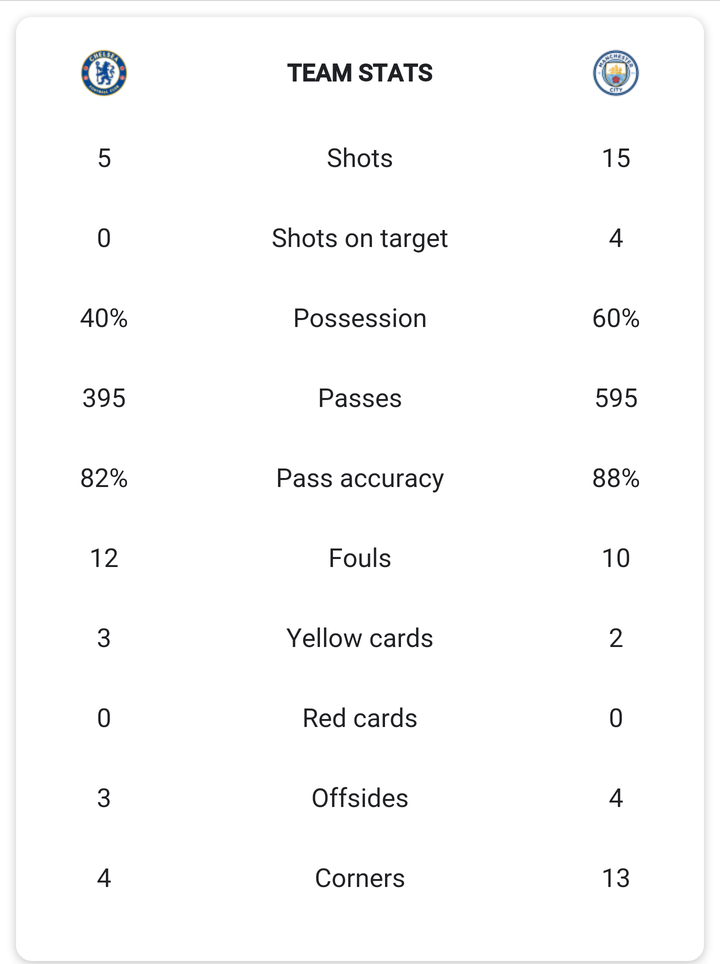 You can see from the above statistics that Manchester City controlled the game. Chelsea were having more midfielders but they couldn't control the game which shows that the five midfielders tuchel played didn't help the team. They were only two strikers in front so they were not able to do the proper pressing. This made Manchester City start passing from the back to find more spaces to control the game. Chelsea was not to play a shot on target they played about 5shots and none of them was on target. This shows how poor Thomas Tuchel plan and tactics were.