Ghana Premier League, GPL leaders Asante Kotoko extended their lead at the top of the table to 10 points after beating WAFA this afternoon at Sogakope.

Their Cameroonian import Frank Etouga Mbella scored the lone goal of the game in the second half as the Porcupines recorded their 16th win of the campaign.

The victory takes Kotoko's points tally to 55 as they chase a record extending 25th GPL title with seven matches to end the campaign. 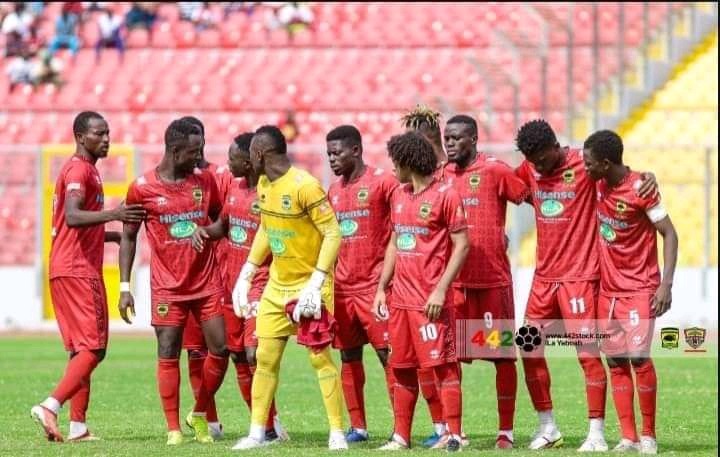 This was a difficult away fixture for Kotoko who had lost their last two games going into this encounter.

Coach Prosper Nartey Ogum and his charges responded well to their recent setbacks and, they could have won by a bigger margin against the relegation strugglers.

WAFA did not offer much of a treat to the Porcupines and, it gives testament to the fact that they have not been impressive in this season's championship.

They need much to do in their quest to avoid relegation this season and with seven matches to end their campaign, it looks dicey for them as they seek to avoid the drop.

This was Asante Kotoko's first ever victory over WAFA at their home venue, and, it sets them up for the closing stages of the campaign as they seek to win a first GPL crown since the season of 2013/14.

In the other GPL Matchday 27 encounter played this afternoon, Eleven Wonders and Accra Great Olympics drew goalless at the Ohene Ameyaw Park in Techiman.

Guys: She Has Zero Interest In You And Want You To Leave Her Alone When She Exhibits These 5 Signs