Ghana Premier League, GPL side, Accra Hearts of Oak are considering appointing a new helmsman for the for the club ahead of the new season according to reports.

Some chieftains at the capital club have not been impressed with the performance of Coach Boadu since his appointment a season-and-a-half ago despite him, leading the club to successive FA Cup wins.

In the just ended GPL campaign, the Phobians finished sixth on the table as they lost their title to their arch rivals Asante Kotoko.

Some insiders within the club including board member Dr Nyaho Nyaho-Tamakloe have gone public with their criticisms of the technical direction of the club, and, have called for changes to be made in that department before the start of next season.

Various portals have reported that Hearts of Oak are set to replace Coach Boadu with the German, Stevens, who has experience coaching in the top-flight league of his country. 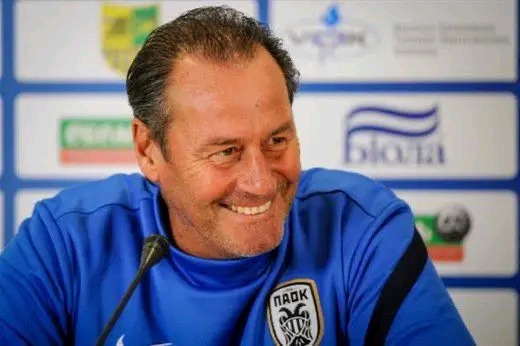 Stevens, is former coach of TSG Hoffenheim in his native county, and, some within the top hierarchy of the Phobians, sees him as the man to lead their campaign next season.

Hearts of Oak will represent Ghana in the CAF Confederation Cup competition next season and, they will need a strong technical team to guide them on that path after their failed attempt in Africa last season.

They will also look to regain the GPL title they lost last season to the Porcupines, as well as defending the knock out trophy they won in the just ended campaign.

Some within the club doubts Coach Boadu's acumen to lead their campaign and, this is a reason they are clamouring for his replacement.