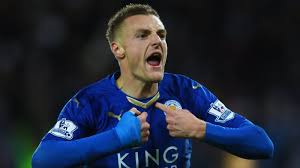 After a disastrous start to their English Premier League campaign, Manchester United have registered their interest in signing veteran forward, Jamie Vardy.

The Red Devils were whipped by Brentford over the weekend with the Bees holding a lead of 4-0 in the 35th minute of the game.

United showed little to demand a comeback into the game and it is reported that Coach Erik Ten Hag is ready to sign Leicester forward Jamie Vardy in order to boost the attacking unit of the team.

Vardy is one of the most lethal forwards in the league having won the premier league golden boot a few seasons ago. The striker has seen his game time limited with the arrivals of Iheanacho and Daka. United’s interest is real and would make a move should Cristiano Ronaldo decide to leave the club before the end of the transfer window.

Manchester United are yet to score a goal this season having played 2 matches with their only goal in the two matches coming via an own goal in the game against Brighton.