By RandyCarr (self media writer) | 10 months ago

Abdul Fatawu who plays for Tamale lower division side Steadfast FC, was the man of the moment in the just ended U20 tournament in Mauritania. The young champ scored two goals to help the Satellites secured their fourth glory at the youthful level.His goal against Tanzania in a 4-0 in victory gained attention by many pundits as Puskas Award contender. Attram De Visser in a statement congratulated the team for winning the competition and also called on the technical handlers of the various national teams to ensure the transition of the current crop of Black Satellites players. He added “We would at this stage like to edge the Ghana Football Association and other national team coaches to manage the transition of our boys well to help shape their future career to the benefit of our national teams especially Ghana’s Black Stars.“One example of the transition we are advocating for is the captain of the Ghana U-17 team Abdul Fatawu who join the team and eventually became the competition’s best player. Well done Fatawu, you deserve the award.”

He impressed the viewers with his dribbling and passing accuracy. He also had a great spot and gives a sheer brilliance to the side which enabled the lads to win the tournament in style.After he was crowned as the best player of the tournament he added “I feel delighted and privileged to win this award, but more so happy that as a team we won the trophy for the Ghanaian people. This is a motivation for us to keep working and hopefully we can take new and bigger steps in our careers,” Isahaku stated.

Many clubs across Europe are also eager to win his signature as well as the local clubs.He has been linked to have same qualities as Ghanaian legend Sulley Alli Muntari with his strength and vigour with and without the ball and his ability to recover and dispossess passes has earn him a high recommendation globally. 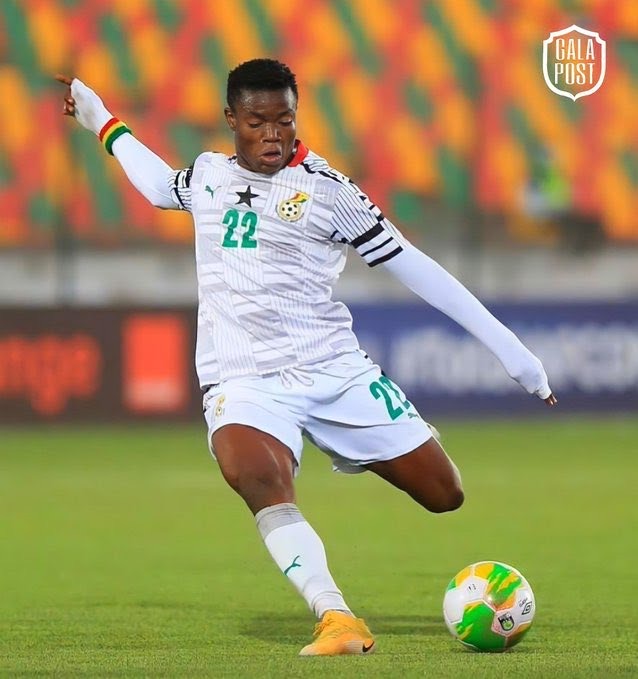