These Are The Top Rated Summer Signings In Europe. 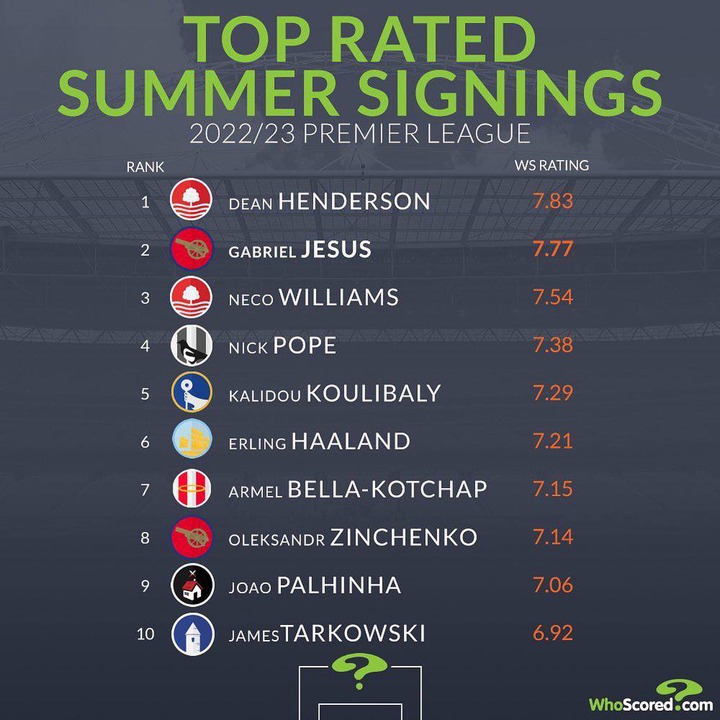 The 2022 summer transfer market has been great, most of the teams have signed new players to join their team in other to have a competitive team.

Most of the performance of the players differ from each other, some of them play a high pressing game while others also play flexible game.

These are the top rated summer signings in Europe:

The player on the first spot is Dean Henderson of Nottenhamp Forest, the goal keeper was signed from Manchester United to Nottenhamp Fores and was rated 7.83 in this transfer window.

The second player on the list is Gabriel Jesus, he was signed from Manchester city to Arsenal and rated 7.77.

The player in the third list Neco Williams of Nottenhamp Forest, he was signed from Brentfod United and rated 7.54.

The player on the fourth list we have Nick Pope, he was signed from Everton to Newcastle United and rated as 7.38.

So these are the top rated summer signings in Europe.