Paris Saint-Germain have been dealt a blow going into their next game against Metz on Wednesday with reports suggesting their marquee signing, Lionel Messi is doubtful for the clash. The Argentine has reportedly sustained a knock in his left knee an didn't travel with the squad, however the club's medical team are still assessing the seriousness of the injury to ascertain his return date.

The 34 year old was in action on Sunday for the Parisiens against their fierce league rival, Olympique Lyon, where he failed to end his goal drought and was subbed of in the 76th minute. His fans were expecting him to be in action against relegation-threatened Metz and possibly score his much-anticipated first goal for Paris Saint-Germain, but his injury update means it won't be possible and would be sidelined for a while. 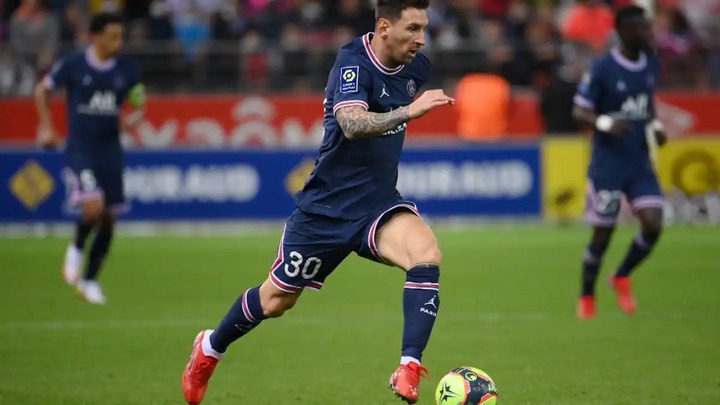 Lionel Messi has struggled to hit the ground running since joining the club and yet to register any goal or an assist, a situation many least expected the six times Ballond'or winner will go through.

Amid his rocky start was another controversial incident last week Sunday, where he ignored a handshake from his manager, Mauricio Pochettino when he was being substituted, sparking a lot of talks about Messi's relationship with the coach. However the Argentine manager revealed in his post match conference that, there are no issues and decisions in games are made for the good of the team and the players.

Nonetheless, regardless of the team's struggles, they've managed to win all their league games so far and lie on top of the league table with 18 points, and would be looking forward to defeating Metz on Wednesday to extend their lead.