A Ghanaian Sociologist and former Sprinter, Ebenezer Charles Oko Addy raised the flag of Ghana in his heyday as a sportsman.

The former national athlete attended Fijai Secondary School in the Western Region. He was a sportsman and competed in Inter Colleges which is popularly called "Interco", training with competitions held at GSTS school in Takoradi and representing the region at the nationals.

In 1963, Oko Addy entered University of Ghana and competed in the 1964 Summer Olympics in Tokyo. In July 1965, he also participated in the first All-Africa Games in Congo Brazaville.

In 1966, Ghana won gold medal in the men’s 4×110 yards relay (metre race), beating Jamaica and Australia in the process with a time of 39.8 seconds at the Commonwealth Games in Kingston.

The quartet representing the nation in Kingston, Jamaica at the time were Bonner K. Mends, Ebenezer Charles Oko Addy (who we are shining the Spotlight on), James Aryee Addy and Stanley Fabian Allotey. 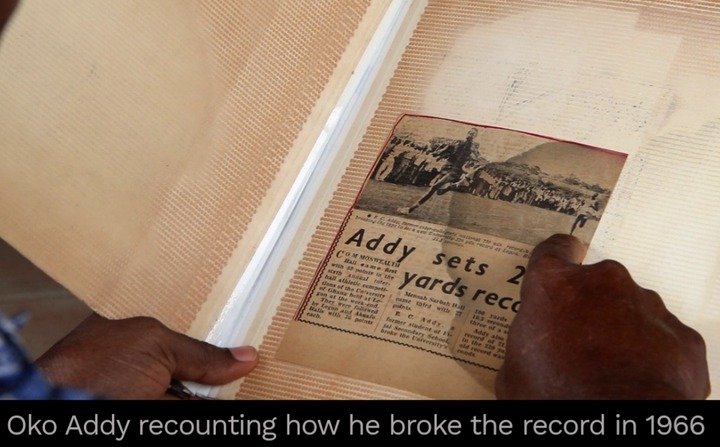 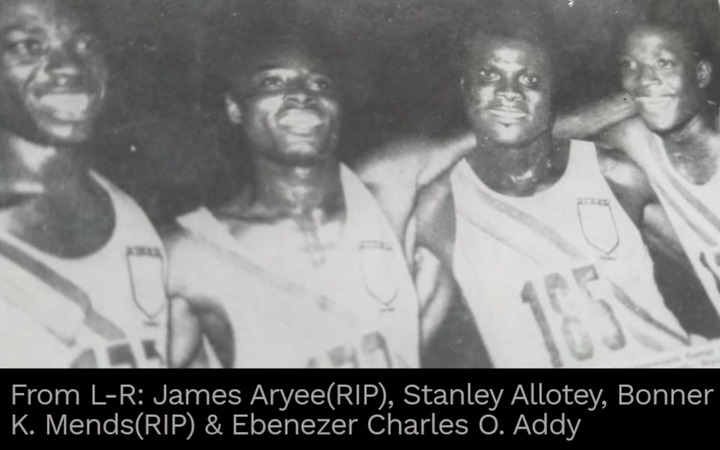 This feat set by the quartet has since not been replicated by any Ghanaian 4×100 team. The closest of any of the teams to reach that feat were silver medals in the 1970s.

Oko Addy is the widower of Professor Marian Ewurama Addy, a biochemist and first woman professor of natural sciences in Ghana. He was also the first quiz mistress of the now famous National Science and Maths Quiz (NSMQ). The union was blessed with two daughters, Naa Lamiley Addy-Sadowsky and Lamiokor Esi Addy.

Nicknamed "daddy long legs" he relocated to America where he stayed for many years and had his two daughters with his late wife.

Alone these days after his return to Ghana and losing his wife Ewurama Addy, he revealed in an interview, he is now busy with church and holds choir practice sessions at home.

Congratulations to this legend for his contribution to sports in Ghana and for lifting the flag of the country high in that field many years ago. 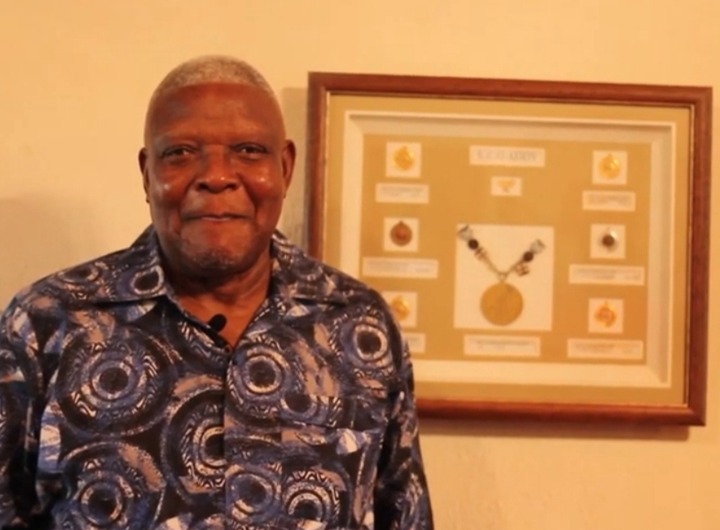